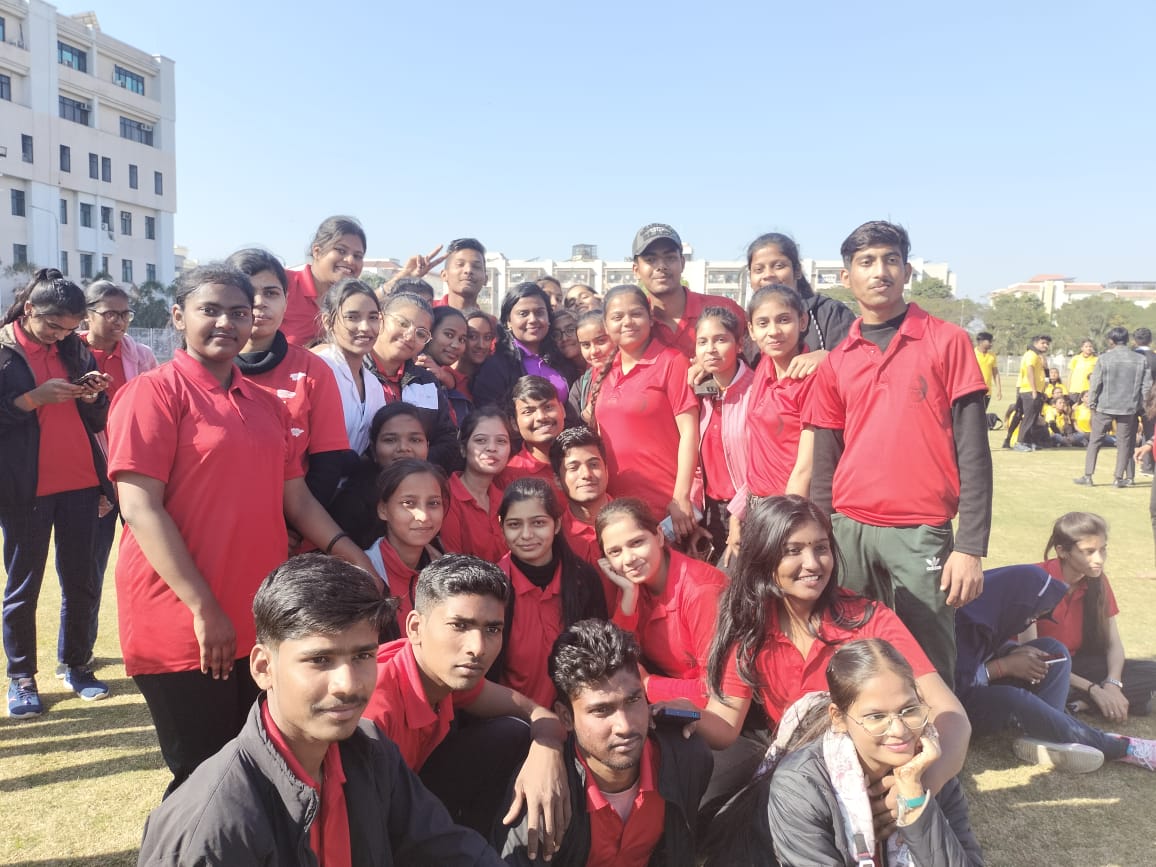 Brahamotsav is celebrated every year in our college “Teerthanker Mahaveer University”. It is a sporting event in which youths from different colleges take part. Youths participate with a lot of enthusiasm including participation from the Teachers. Fabulous and very diverse programs are executed on this day where children dance and a fantastic parade is also taken out.

Professors from dignified colleges were invited as guests who are welcomed very well by the children and many sports tournaments were conducted. All the preparation for these games was done months in advance. Teams were formed according to the years of the batch of students. The name of my team was MARS. The captains of all the teams prepared their team well there are many games that we played like track races 100 m, 400 m relay, team sports like tug of war, other sports like badminton, volleyball, shotput, cricket, etc. we had lots of fun in playing all these games.

Today’s story is not about any particular individual or an association setting another great example in and for our society, but it is about what else we see GOOD in. Gatherings like ours are The Good Around Us as these bring children and adults from our society to a common forum and have them work together in harmony and at the same time have a rewarding experience. Such good activities bring goodness to our society and keep the faith in working together towards a common goal alive.

I too participated and won in the game of Shot Put. Though while playing, I got hurt, I still kept playing because the atmosphere there was so pure and full of energy, that I couldn’t keep myself away from it even for a little bit. As you may know that in this game, one has to throw a ball that weighs 5 kg in the air to cover a long distance. The one who throws the farthest wins.

Tug of war was played as well and here two teams play at a time with 10 players in each team. A thick rope made of jute is pulled on by both teams and when the referee starts the game, both teams start to pull to have the other team cross the middle line. The team who crosses the midline loses the game. After a lot of effort, we won this game successfully. Everyone was clapping and appreciating us. Huge noise was heard in the entire playground. Everyone was shouting our team name MARS, MARS…

The challenge was that all our matches were to be played with seniors from whom we wanted to win. Seniors were also commenting you are junior, how will you win from us? after hearing all this, we became more determined to win the games.

The day then ended very gracefully with a lot of smiles, no concerns, the losing team congratulated the winning team, a lot of activities were accomplished and making this a very successful day not just for us, but also for the organizers. Organizing such events is a tedious task and executing them successfully is a commendable job, but most importantly these events show that the people in society can stand together for anything and be the good around us.