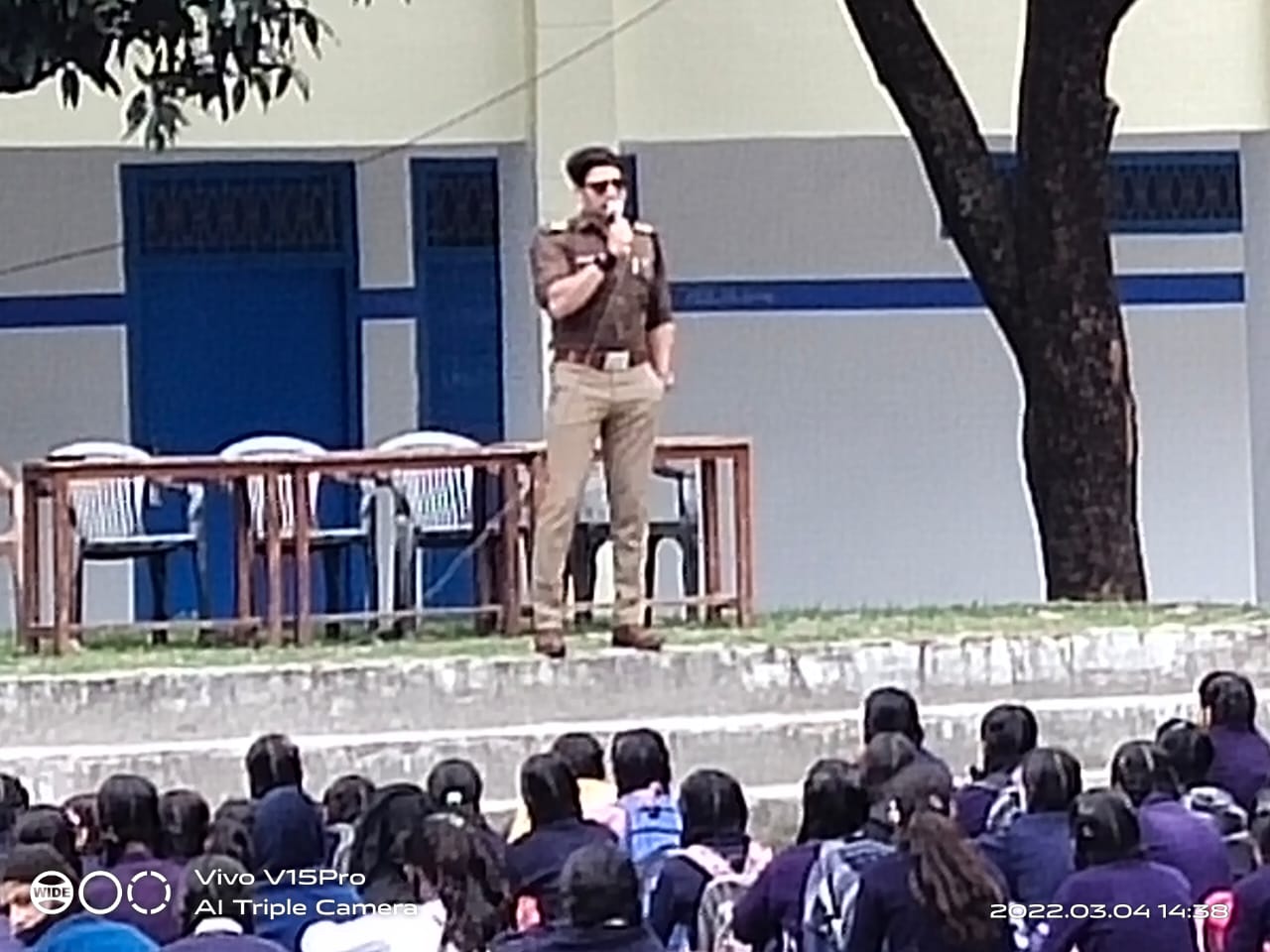 My uncle is a government teacher, he teaches at Government Inter College, Kalsi, Dehradun. The school is a government public school, so it attracts several leaders, government officers, and police officers visits. In the school, children are told about their country, state, rules, and regulations, they also encourage children to read, write and learn and share knowledge.

Recently, a senior police officer Mr. Ashok Rathod visited the school and gave a nice speech. In particular, he talked about how wearing a helmet while driving can keep everyone safe, how to walk on the road safely along with the importance of following the traffic rules. His main focus was on the use of drugs as he had recently caught two youths taking drugs. He explained to the children what are the harmful things that come into their bodies by consuming drugs and how they slowly start spoiling their body parts ultimately leading to death in many cases.

This police officer even gave his direct phone number to all the students and asked them to report any drug abuse incidences, whether it is someone consuming or selling. Beyond the use of drugs, Mr. Ashok also emphasized how important it is to have peace at home as well, and in case there were any violent incidences in their homes, also then they should report it.

This was a trust-building exercise very well executed by the police officer. The students were told that if there is any problem in their house or anything that they need help from the police on, then they can contact him, he very lovingly talked to the children and explained to them too.

In India, 3.1 crore people have addicted to the use of drugs, and every day average of 21 people die from consuming drugs. Most of the youth of the Indian state of Punjab are addicted to drugs and everyday drugs are found somewhere. Government and government officers are doing their work but we should also advise our coming generation and children to stay away from drugs.

This is not one person’s work and must be a collective responsibility. Police officers like Mr. Ashok, put themselves out front to pass on the message to the users of drug substances, and as readers also we should feel responsible to make sure that the message is passed on where & when needed.