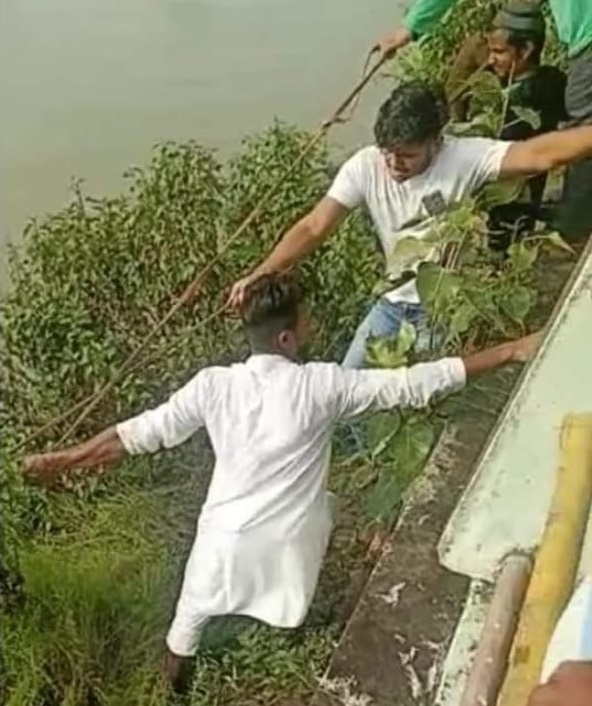 This month is July and we all know it is a season of rain in India (called Monsoon) and there is a lot of water everywhere. Many poor animals are not safe in such a situation because people leave their cows with their calves stray on the roads. Many more innocent animals are seen wandering on the roads. They roam around like a helpless on the roads and try to survive. In the rainy season, many places get overflowed and these stray animals got stuck due to which sometimes they get drowned into the water which might lead to fatal consequences. These animals often get hit by vehicles on the roads. Thankfully, there are some people who are very fond of animals and are always ready to do something for them.

My school friend Nakul Rana and his friend Sagar have saved the life of such voiceless. Both of them were thinking for a long time that they have to do something for the animals. It was a few days ago that Sagar was coming back after studying from his coaching, in the evening. He saw a cow drowning in the Vikasnagar Shakti canal. This canal has depth of more than 40 feet.

Sagar went to the nearby house, told the people about drowning cow in the canal. He asked them for a rope and for help him to get the cow out. In the past, many accidents already have happened in that canal. Sagar succeeded in getting the cow out of water with the help of near by people.

But this bravery of Sagar was really commendable. It is a big deal to save someone’s life. That’s why Nakul and Sagar both thought that since they would do the same thing. They have used banners and Pamphlets with their number so that they may reach upto the public hence to needy animals. They are also thinking to have their own website so their work can be maximized and maximum animals can get their help. People can contact them and tell them if any voiceless is in danger. Seeing their bravery, people feel proud of them and many people are always ready to help them.