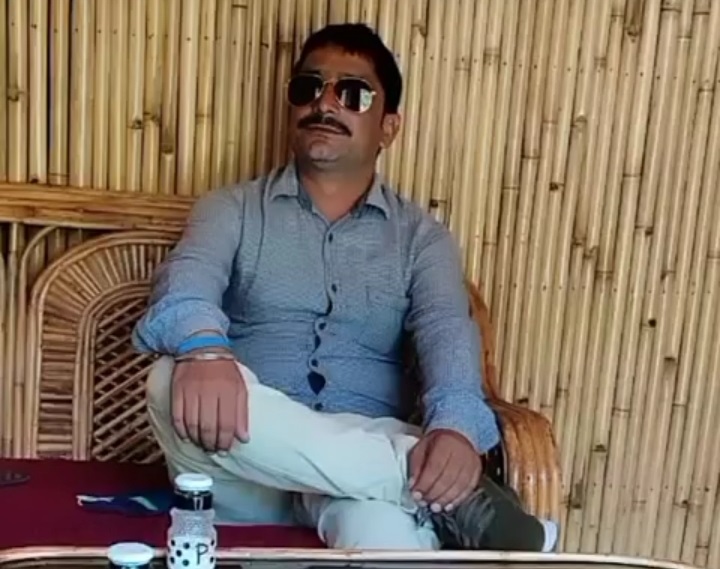 My maternal uncle’s shop is right here in Vikasnagar (Hospital Road). A poor old man used to be begging nearby my uncle’s shop. He has no one of his own and unfortunately, he is also blind. He makes his living by receiving money from the people passing by. He is also homeless so he sleeps by the roadside on the pavement.

One day my uncle saw him laying on the road with bruised face and hands. People told that someone has given him something to eat and suddenly a dog came there and pounced on him. As my uncle saw him in a bad situation he wanted to help him and get the necessary treatment given to him. He took him to the nearby doctor and after the treatment, my uncle allowed him to stay inside his shop for two-three days so that his wounds would recover soon.

Somebody came to my uncle’s shop and told him about an old age home (Ashram) where that homeless person can live, he will get meals thrice a day while the workers at the Ashram take care of him along with other old people living there. After learning about this ashram, my uncle allowed him to stay at the shop for 3-4 days and then made arrangements to move him to the Ashram in Haridwar. At this time this old person realized that he was going to end up in a better place where he can be much more comfortable. My uncle made sure that he will be safe there and will live his life comfortably and longer. The beggar was very thankful to my uncle and praised him for all that my uncle did for him.

In today’s time, not many people can be seen doing something nice for people who are in need and my uncle did so much for that old person. My uncle is really a very nice person. My maternal grandparents had expired long ago, that time his age was twenty-one and he helped a lot of destitute people. We hope to find more such stories in our society and bring them to you. My uncle did this on the occasion of Diwali and says that he feels really good inside his heart that he could provide.

One thought on “We don’t need to have deep pockets, to give.”