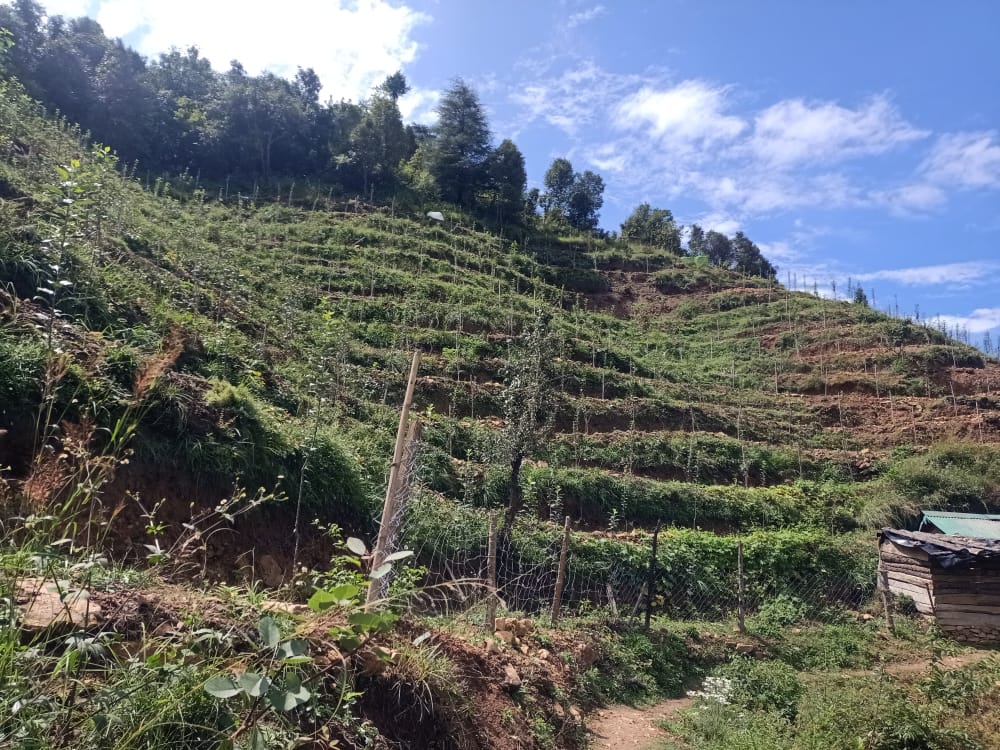 In today’s era majority of the youth in India wants to work for the public sector in a government job. Parents, after their children, finish their school education also expect them to do work in the government sector because government jobs are the most stable and secure jobs in India. On the other hand, some people timely have realized that they can also be self-dependent by being an entrepreneur. Mukesh Ambani, Gautam Adani, Lakshmi Mittal, and many others from India are shining examples of the entrepreneurial spirit some possess.

Today, I’m going to tell you a story of a 23-year-old boy, Gaurav Chauhan who lives in the village Kwarna in Chakrata, District Dehradun, Uttarakhand, India. Gaurav, after completing his school education in Cantt. Inter College, Chakrata, went on to study in a degree college. In the middle of his education at the college, he left his study and decided to be self-employed. He worked hard for one year and set a beautiful example of being independent. He has established a garden on his ancestral land. One year Gaurav had planted 2800 plants on his land. On this land, he sowed trees of Kiwi, Pears, Khumani (American Plum), Plum, and Apples. Gaurav and his family take care of it together and their garden is flourishing now. People go to his garden and ask him about how he’s done it.

When we asked Gaurav, where did he get his inspiration, he said, “His uncle (Chacha Ji) inspired and supported him to do so”. Talking more with Gaurav, he mentions about his struggles, “Last year when he started this work everything was going smooth but in the last rainy season in their area, a devastating nature calamity (flood) happened in which some of the plants and the land got damaged. He took care of his plants by applying drip irrigation. Dripping provides high availability of water and nutrients to plants.”

Plants do not grow overnight so Gaurav took it upon himself to care for his plants for one year including giving fertilizers, and nutrients to plants regularly. Gaurav also attended training sessions at a university in Himachal Pradesh to learn the trade better. In my opinion, Gaurav identified his skills at the very right time and took the initiative for this work, using their barren land. I’m very much sure that he will be a good entrepreneur very soon.

At the time of my writing this article, Garauv’s focus is on growing plants in full, he intends to sell the fruits in the future when the plants are fully grown. Gaurav will observe the growth of some new fruits. He says the plants which will grow in the cold atmosphere will be sown in large amounts. He says that it will take additional 1.5-2 years for the plants to grow and bear fruits.

Gaurav has taken a good initiative for being an entrepreneur, learning along the way and using the knowledge to improve even further. Land that was barren for years, now Gaurav is using for good work. If many members of society think like Gaurav, those who prefer working for themselves will also be successful. I hope today’s story inspires you to pursue something that you may have always wanted to do, remember it’s never too late.