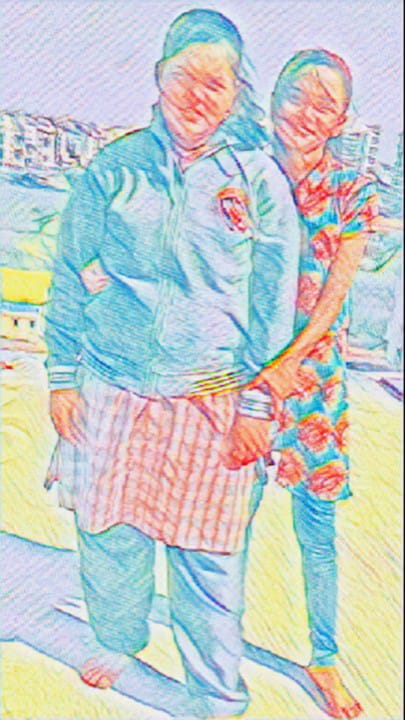 A friend in need is a friend indeed, this is a story of two strangers, who became best friends unknowingly.

There was a girl named Mita, from the state of Assam in India who moved to Pune with her family as her father’s job brought him to Pune. Everything was very much new to Mita, be it the language, friends, school, house, or city and she was not very comfortable living in this new setting. Mita was in 8th grade in her school at the time they moved to Pune.

One fine day her father took her to a new school in the city for her admission. Initially, she was in a dilemma, whether to be admitted or not as at that time she was very much anxious regarding her new
school, but her father made her understand and got her admission done in the school. The day arrived, it was Mita’s 1st day at her new school. That day, her father took her to school. It was in the morning around 7:30 am, in the school corridor Mita was standing with her father and she was not ready to let her father leave her at the school. While they were waiting, one girl, Anu came by, who is an extrovert, came near Mita, greeted “Hello!” and said to Mita, “Hey, are you new to our school?”. To which, Mita replied, “yes I’m new and I’m in 8th STD”.

Anu then smiled and said, “Oh great! I’m also in 8th STD, come let’s go to the classroom”. Mita apparently was not ready to go but her father told Anu to take Mita to the classroom, and also informed Anu that Mita is very nervous so please help her a bit. To that Anu replied, “Sure uncle, you don’t worry I’ll take care of her”. Next, Anu took Mita to the classroom and made her sit on the very 1st bench, then she introduced her to some other girls, as Mita didn’t understand Marathi language, so girls made fun of her, but Anu stepped in and told them to not laugh at Mita, by that time bell rings, Anu came to sit with Mita on the 1st bench. As soon as the teacher entered in the class, Mita started shaking and at that time Anu realized that Mita is super nervous. She helped Mita calm down and said, “Tum daro mat, kuch nahi hoga yaha sab teachers bahut acche hai, aur mein tumhare sath hu”. (Translation in English: Don’t be scared, nothing will happen since all the teachers are really nice, and moreover I am here with you). After listening to Anu, Mita sighed with relief and told Anu, “Anu mujhe Marathi kuch samajh nahi aati hai, I don’t know how would I manage in this school”. (Translation in English: I cannot understand anything as I do not know the Marathi language). Anu held her hand and told her, “I’ll teach you basic Marathi from today onwards and also will speak to Marathi teacher regarding your problem, so don’t worry Mita, I’m here with you”. After listening to Anu’s words, Mita smiled at her feeling relaxed and comfortable.

During the lunch break everyone was seated in small groups to eat together, but Mita didn’t bring her lunch, so Anu offered her lunch box to Mita. At first, Mita refused to take it but Anu made her understand by saying, “Mita, I know that you’re very much uncomfortable here but trust me, I’m with you here, so feel free to talk, and please eat some food”. To that, another girl jumped in the conversation and said, “Anu, let her be, why are you forcing her if she’s uncomfortable, then let it be”. Anu responded by explaining, “See she’s very much new to our class so please cooperate with her, make her feel comfortable in this school, and do not tease her. Mita is already very much nervous and if people tease her she’ll feel
depressed”.

As the days passed, because of Anu, Mita became comfortable and confident in her new school. Anu was the only girl who helped Mita in every possible way and Mita realized that she had survived the transition successfully in her new school because of Anu. On the day of the annual function, Mita took part in the recitation of poetry, where she recited a poem that was written by her and the title of the poem
was- “Anumita”, which was an ode to what Anu did to Mita in her days at the new school.

Since then Anu and Mita have been best friends and Anu showed the true spirit of friendship.