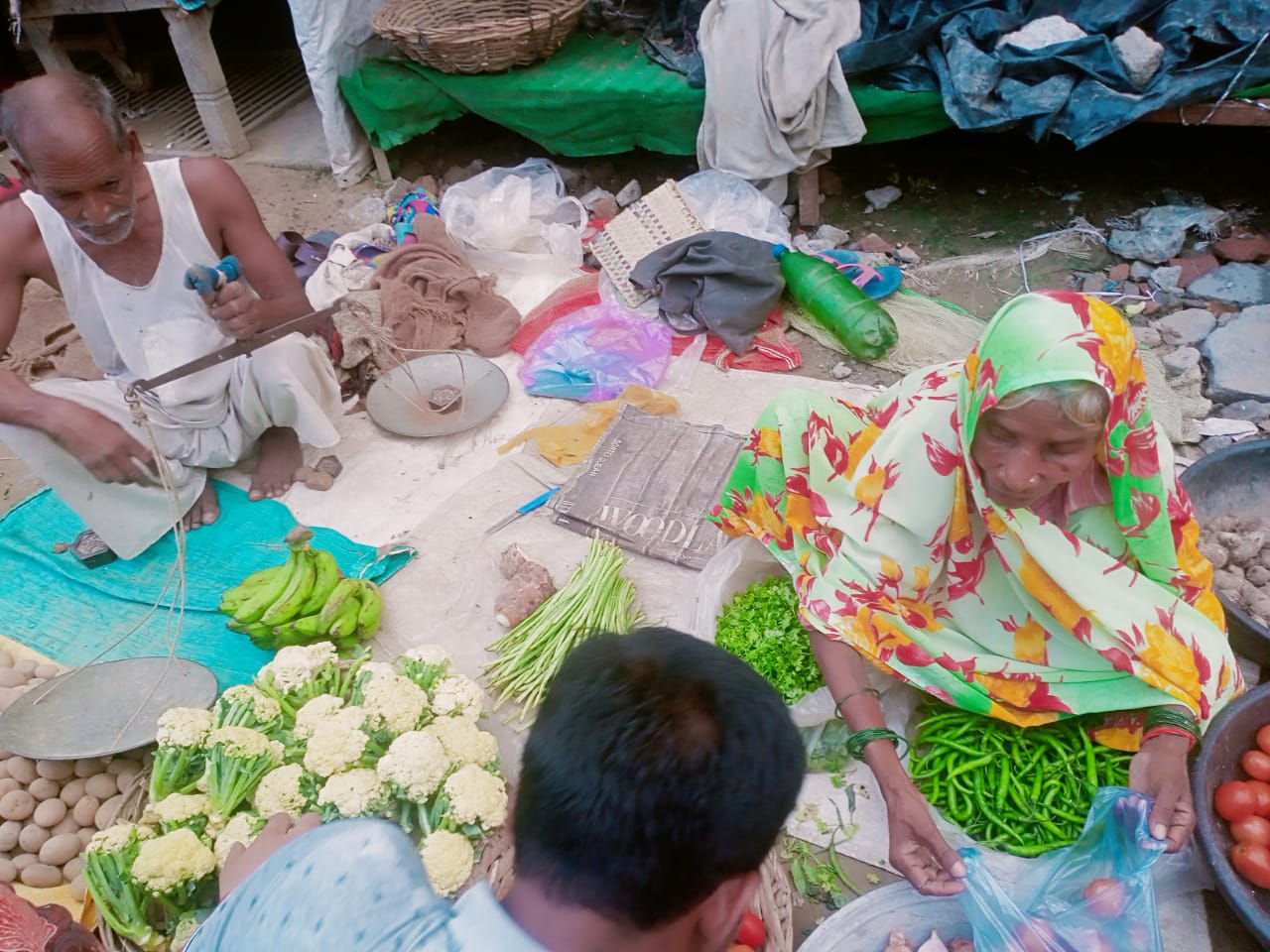 Baburam and his wife Chandarkala now live their lives on their own. They are residents of Moradabad in the Uttar Pradesh state of India and have been doing the work of selling fresh vegetables for the last 30 years. Baburam is about 70 years of age and his wife is about 65. It is not easy for any old couple to be able to earn their own life when they have their children as well who could support them.

Destiny had played a game with them. Their children have separated from the family leaving both of them without any support. Their children have treated them badly and did not even take responsibility for any kind of support, to the extreme where they send them away from their own homes, leaving them alone to survive.

The couple had no idea what to do for their livelihood in such worse conditions, but they didn’t really give up and instead of trying to make up with their children, they decided to take matters into their own hands. They struggles a little in the beginning, but with some help from a bunch of kind-hearted people were able to start their small business of selling vegetables and running their livelihood. Initially, they struggled a lot with making a spot in the market for themselves, both financially as well as finding themselves shelter to live in. As time went by, more and more people came to know about their vegetable shop and especially about their polite behavior toward their customers.

Their little business took off and now, the couple is completely independent and very happy. They still are not in touch with their children and as they’ve made their lives beautiful on their own, they’ve given a very special message to the world.

Their life teaches us that where there is a will, there is always a way, that is how they survived. Also to note that they didn’t give up on their lives and did not decide to keep going back to their children and ask for help, instead, they moved on. We should not treat our parents like this and we should respect them. Support each other in happiness and sorrow.