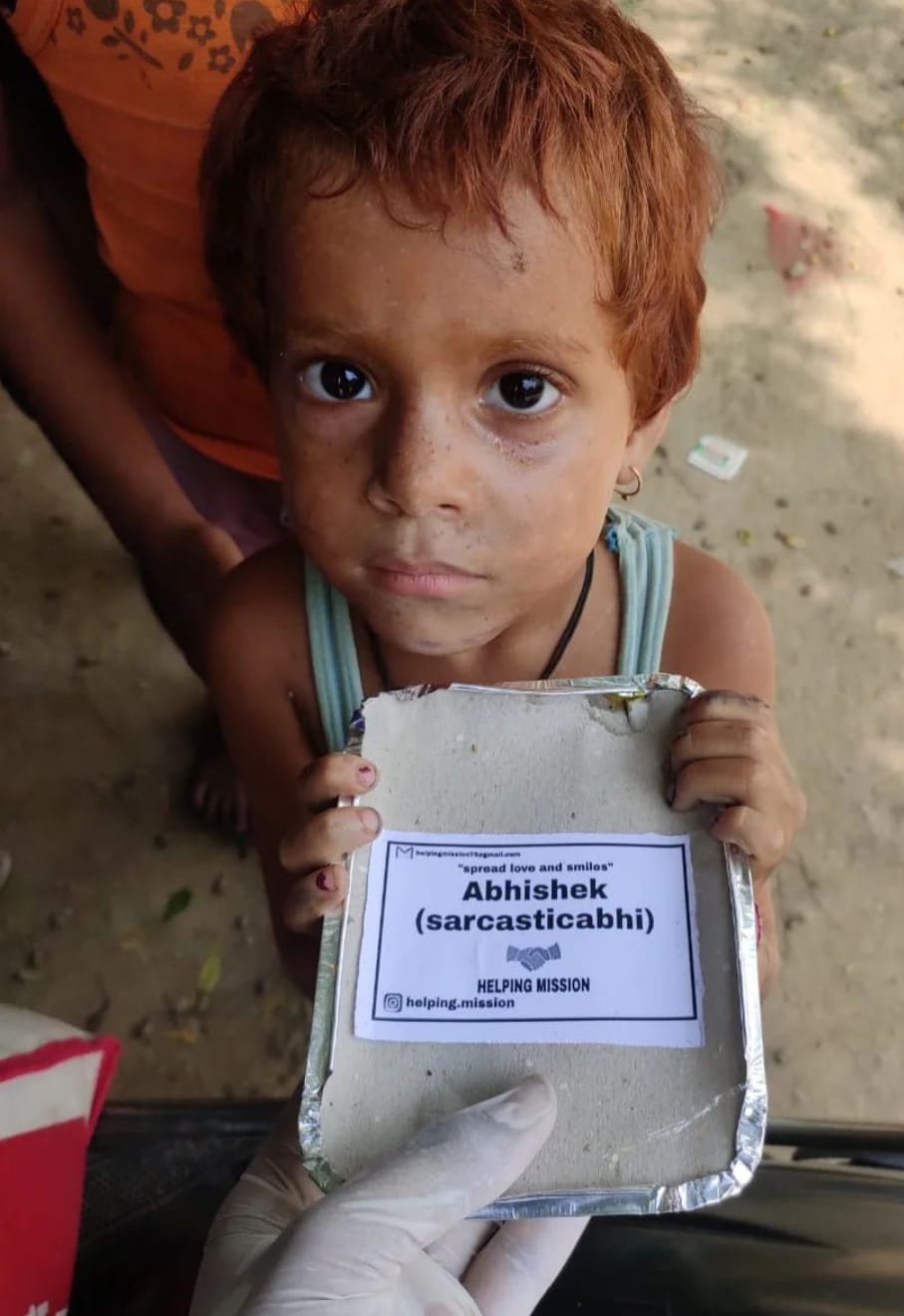 Rishikesh, situated in the Shivalik region in India, is always full of tourists, people from all over India and other countries come to visit. There is a good agricultural harvest season in this area as well. This region of Uttarakhand receives the maximum amount of rainfall during the monsoon season. There are many ashrams (spiritual hermitages) and dhams (abodes) in Rishikesh, which often perform social services for the wellness of the people in need.

One such Dham is called Gokuldham, where they help poor people a lot. Recently, due to heavy rains during monsoon, shelters of many people drowned away either in flooded areas or because of swollen rivers. Gokuldham distributed food to children, poor people, and old people sitting and roaming on the banks of the river Ganga. Workers of Gokuldham did this for the entire month of July and college students also joined this work as well.

Students distributed food, and it was really pleasing to hear that students showed interest and helped poor people. In Gokuldham, even during the time of coronavirus, many people were helped. Masks, sanitizers, and medicines were also distributed to the people working from Gokuldham and others. People were made aware of and explained what precautions to take during COVID-19. Vaccine camps were organized for children living in slums by this Dham.

I’ve observed that somehow somewhere life finds its way. This time Gokuldham emerged as an angel for the people living on the banks of River Ganga. There have been, are, and will always be people and organizations that help you restore faith in humanity and assures that it is not always about self, but selflessness as well.