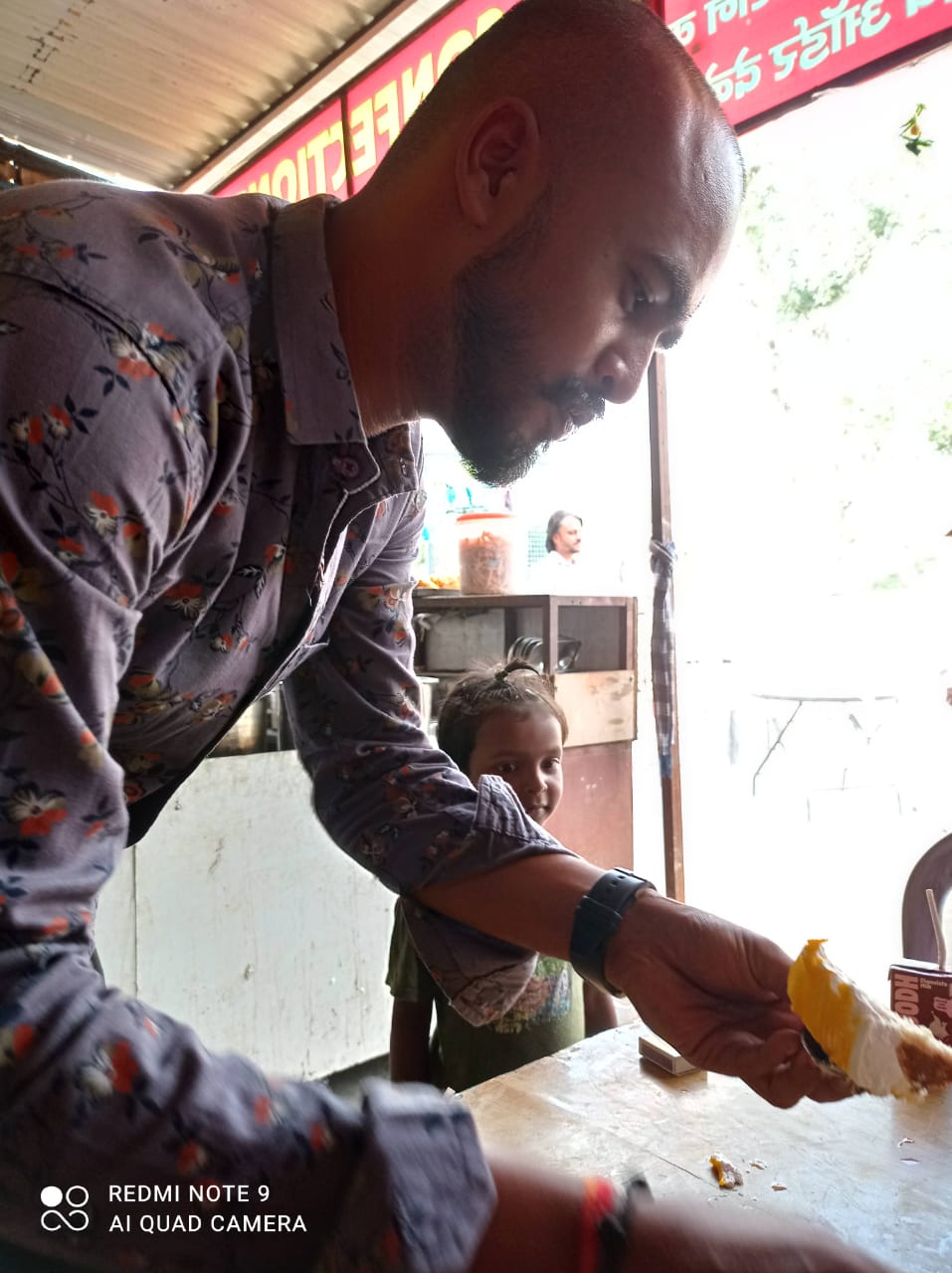 Everyone celebrates their birthday the way they want to make themselves feel special, but perhaps very few people make it in this way, the real humanity is that we share our happiness with others, especially to do something for those who are not capable. A few days ago a friend of mine, Devashish celebrated his birthday. He gave someone that happiness that was really praiseworthy. Putting happiness on someone’s face depends on one’s personality and Devashish has a beautiful heart.

On Devashish’s birthday, I and two of my friends Diksha and Manish thought of giving him a surprise. We went to Selaqui to meet him, where he works in a Honda showroom. We reached there but he was not there, then his staff told us that he has gone out. We were waiting for him outside the showroom and then all of a sudden we saw that there was a Dhaba at some distance, where Devashish was sitting with some 3-4 children. When we reached the Dhaba, we saw that he was feeding food to the children there.

Those children were very poor, hungry, and very young. The children said that for the first time someone has fed him such food like that. Then together we even cut the cake to celebrate Devashish’s birthday, along with the children there. Devashish made the kids very happy and my heart was filled with happiness to see that someone had fed the children such food. At the same time, I felt bad seeing the children and their condition that they’re poor, and who want all this fun, but due to the problems of their house, he is not able to fulfill their dreams.

Devashish shared his happiness with those poor children. I liked it very much and there were many people watching. They praised him a lot. In today’s time, most people spend their money on material wealth and things but they don’t use it for kindness. The real humanity is to think good for yourself as well as for others who will really appreciate it.

One thought on “Happiness never decreases when shared””