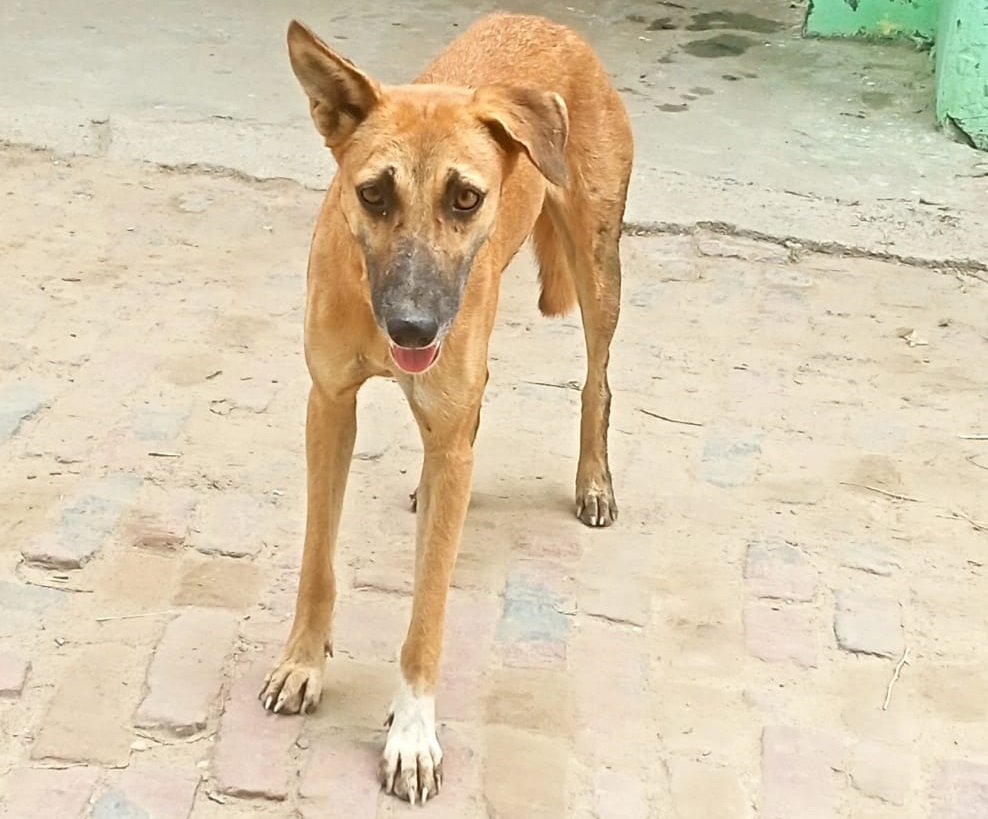 This very short story is about a dog named Tuffy. One day it was raining heavily when that dog came into our house. No one in my house wanted it there, but my eyes fell on that dog and I decided to give a place to the dog in my house and named him Tuffy too. I fed him after the rain stopped.

Tuffy got comfortable and used to our area, where he used to roam in our village and stay close to me. I would feed him daily and take care of him. Tuffy turned out to be a super nice dog and refused to bite anyone, just love. I could see that there was extra love for me in his eyes.

How Tuffy came into my house and became a family member to me is a story quite close to my heart. His attitude towards people was that he didn’t touch anything without telling us. He eventually made his place in my entire family’s heart and hence our home. Tuffy would wag his tail every time he saw me and you could see the happiness in his eyes as he would jump and run toward me. The bond was so strong that if I don’t see Tuffy in the house, I would go to any stretch to find him and bring him back home.

The moment I saw him, I promised myself that I’ll give the dog a better life where he doesn’t have to run around looking for shelter or food, which I delivered by taking care of him. Unfortunately, Tuffy is not with me today and resting in a better place as one day a stranger fed him something after that his health went bad in a very short time and he died. I couldn’t hold my emotions and right away felt like some part of me just went missing, that was the kind of bond I had with Tuffy. Tuffy will be always in my heart, and while it breaks my heart every time I think of Tuffy, I also think that for whatever time it was, Tuffy got a better life and I was responsible for that, and that makes me feel better and love him more.

This is a sweet and sour kind of story that I am presenting to you, and it is my request to everyone that animals are also looking for love and care, they’re innocent, so don’t be rude to them and especially never do something that can endanger their lives. Animals have not harmed humans, but the reverse is very common, share some love with them.