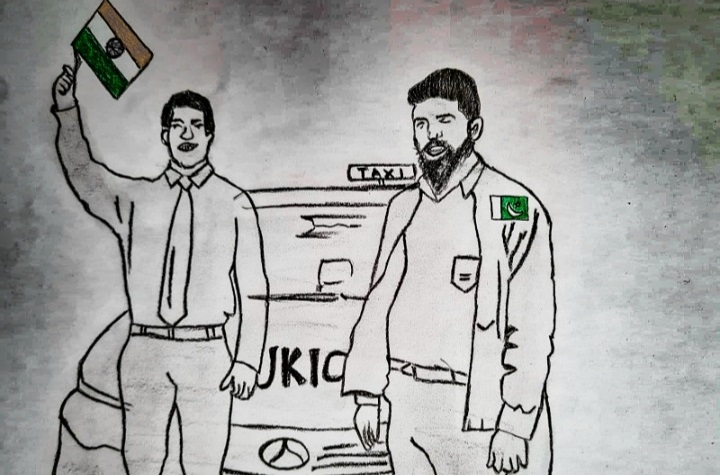 This is one of such good news that really brought smile on my face. It’s about the 2500 Indian students helped by none other than a Pakistani man, Moazam Khan in war-torn Ukraine. As Ukraine Russian war is at its peak, all possible efforts to evacuate the nationals from many countries are underway, so are the efforts from India.

Sinking the mutual differences of nations India and Pakistan this human gives humanity a lesson. I read this good news on Rediff and you can read the original report by clicking here.

The founder of team SOS, India, Nitesh Singh started evacuating Indian students from Ukraine. He had no idea how to manage plenty number of buses to evacuate Indian students. He tried his best but was unable to fulfill the requirement of buses. He then got in touch with a Pakistani citizen, Moazam Khan in Ukraine. Moazam was like an angel for the students. Moazam Khan helped about 2500 Indian students by driving them to the borders from where they can depart to their country.

Speaking to Rediff from Ternopil in Ukraine, Moazam said, “When I saved the first batch of Indian students, I had no idea the crisis was so huge. However, soon I found that my mobile number had gone viral on many Indian WhatsApp groups. After that I started getting non-stop phone calls in the middle of the night for rescue operations. And till date, I have evacuated 2,500 Indian students”. According to him, Indians feel comfortable with him because of the common language link and therefore a connection forms between them immediately. He adds, “In Ukraine communicating is the most difficult part for any foreigner. People here only speak Ukrainian or some speak Russian. English is spoken very little. In this scenario, I speak Urdu and most of the Indian students speak Hindi, so this connects us instantly. Hindi and Urdu are almost the same and therefore we gel well”. In such a crisis many Ukrainian bus drivers raised the bus ticket price to $250 to drive them to the Ukraine border but Moazam Khan continued charging normal fares $20 to $ 25.

Moazam Khan also says, “I charged them only $20 to $25. I knew these Indian students had no money. In many cases, I didn’t take money because they had run out of cash before coming from Kyiv to Ternopil. The biggest high was the blessings that these Indian students’s parents used to give me on the phone or send messages thanking me on WhatsApp,” he says.

“Safety of life was the utmost priority in my mind. Luckily, Russians never bombed the areas in which I drove,” Moazam adds.

Boundaries melt, walls fall down and humanity shows its real face in the time when it is most needed. We also say Thank you to Moazam for showing the entire world, how one can be simply human!