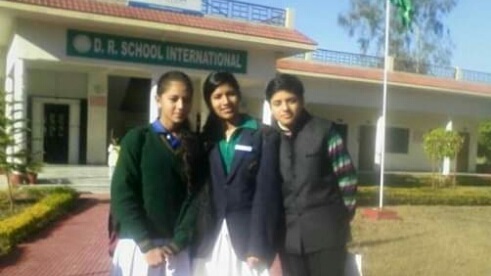 Today, I am going to share a childhood memory of my own, when I was in 7th grade on the annual function day of my school.

The annual function was organized in the newly opened branch of our school. This place was a picnic area our school teachers used to take us to and were about 15 kilometers away from my house. I and two of my friends were nominated to take part in a cultural dance activity for the function. As kids, going there was challenging for us. A couple of days before the annual function we, three students, agreed to go to the function and started planning and practicing.

Finally, it was the morning of the function and we came to know that one of the fathers’ decided to drop off their student and we were left behind as they had already started, quite surprising for us. We would have to keep our promise to perform there, or else we could cancel given that we had no means to get there. Somehow we both dared to leave for the new branch of the school, walking.

Now, we are two kids on the road without any adult supervision and while 15 kilometers may not sound long, if you have to walk that distance, it was long and a bit scary, with no public transport available easily. We saw an auto-rickshaw and waved our hands hesitatingly, but using it, we covered around 2 km of the distance in it, with more than half of the distance still to be covered. We had to leave the rickshaw because it was going in a different direction. Then there was a bus that we saw approaching, we waived, it stopped. We both were very happy thinking that we would easily reach our destination. But the bus driver said that this is a company’s bus taking its workers to the company. Still he let us get on the bus and we covered some distance and now, once again our destination was in a different direction. We had to get off the bus, we thanked the bus driver for his help, he left and we were again walking.

We were still about 5 km away from the school and we felt lost because we forgot the exact way to school and wondered for almost 3 hours, with no one to ask for directions around. Finally, a lady who was driving by stopped and helped us with the direction and we had left school about 2 km behind. We again had to turn back and covered 2 km more on foot. I am also thankful to that lady for telling me the right way.

We were tired and wanted to ask for a ride, but no one would stop, until, we saw an auto-rickshaw driving some students to the same school. We requested the driver to take us to the school. Driver, being a good person, without thinking too much allowed us in the rickshaw and we both reached safely at the school. The man was very kind, as typically, giving rides to kids they don’t know is risky for them as well. We both took a long breath of relief and met our other friend there, performing with a lot of cheers from the audience.

The ride back was not this tricky as there were better options and volunteers there to help us get back to our homes. During this journey, we were scared, observant of our surroundings, met very helpful people. This was quite a learning experience that made us aware of social ambiance.

I hope that there are always such kind people around when a child in need is looking for help!