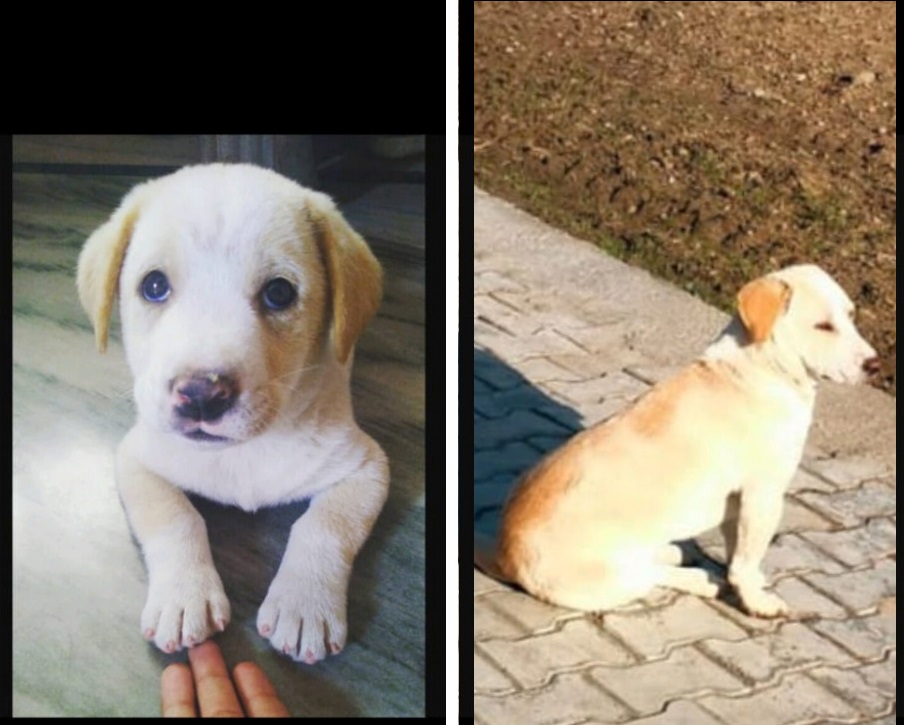 A few days ago, I met a girl named Ritika, a class 12th student. She has been taking care of a dog named “coco” for more than 2 years. I thought I should ask some questions about how and why she started taking care of a street dog. “Coco is not only the dog but also it is part of our family”, She said.

She told me that she faced lots of issues initially when taking care of a street dog. When coco was a little puppy she took it home. Everyone surrounding her did not want to see her taking care of a dog, a few family members were against her. She somehow managed to make a little shelter for the puppy. Now she washes the puppy every day, take him out in the morning.

After a few days with Ritika, the dog started falling sick, it was suffering from alopecia, where the dog lost all its hair. Family grew even more against her and were denying to keep dog at home and suggested to get rid off. Ritika loved Coco and took it to hospital for the treatment, Coco starts to feel better. Days went by, she and her family shifted to a new city in the same district and she took the dog with her, the love and care for the dog continued.

One day when Ritika was out visiting some of her relatives, people from her neighborhood, took the dog away from her home and left it some place where Coco wouldn’t be found. When Ritika returned after a few days of being away from home, asked her mother about Coco who was not to be found, the reply was “Some people took Coco away”. Ritika was heartbroken and disappointed and decided to go look for Coco. She and her cousin started looking for coco in the streets. They searched for the dog all day and for a few days, but at some point she felt that the dog might now be lost and gone forever, loosing hope to see Coco again.

It was a few days later when, upon returning home, she heard barking of a dog. The bond and love for Coco was so strong that Ritika recognized that it was Coco. She saw a dog with a lady, that looked very much like Coco. As she got closer, she became confident that she has finally found Coco. She asked the aunty to return her dog, while the lady replied “Its been a few days since I’ve been taking care of this dog. Why should I give it to you? I found it when I was on my evening walk”.

The lady may have seen how nice of a puppy Coco is, that’s why she wanted to keep Coco with her too. After a long conversation with the lady, Ritika convinced her to give Coco back to her, and she took Coco back to home happily.

Now, everybody is happy around her. This real story shows the power of love specially towards animals. Strays deserve love too, luckily Coco, found 2 families that would shower love and care on him, there are several out there waiting for their share of love to be showered on them.

I really appreciate the kindness in Ritika as she didn’t change her mind about Coco by people’s actions and comments and continued doing good for Coco.