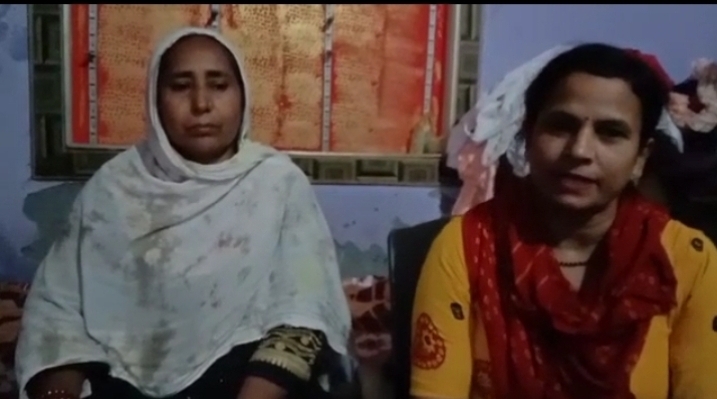 It was a matter of lockdown in 2021 last year when the whole market was closed, and no one was allowed to go anywhere. People were too afraid to help, even relatives were not able to come for help when someone’s health deteriorated.

At that time only neighbors were supporting each other, this story is from the COVID-19 time frame from a little town of Barotiwala in Vikasnagar district, a bit long story, but definitely worth reading all of it. Reena Aunty lives there and her mother-in-law Nirmala’s health worsened during the lockdown because of her pre-existing heart condition. At that time Reena Aunty’s family was in Delhi and her mother-in-law was alone at home here in Barotiwala. One of her neighbors and a very good friend is Javida aunty. Javida and her family used to visit Nirmala regularly and would keep a check on her, asking if everything is fine and if she needs anything. If Nirmala would need something that she cannot get to, then Javida or her family member would help her out.

One day Javida Aunty visited Nirmala as usual and noticed that Nirmala was laying unconscious. She immediately took Nirmala to Indresh Hospital in Dehradun, which is about an hour’s drive knowing that she would get better treatment there.

Unfortunately, Nirmala had already passed away before she was found unconscious by Javida, due to her heart condition. The doctor at the hospital asked to take her body back home. This terrible news was broken to Reena Aunty, and she somehow managed to come back as soon as possible. It was extremely difficult to travel during those days in India due to the lockdown situation because of the fear of spreading the COVID-19 virus. It still took Reena to arrive a day later, and for that time, Javida did something that won everyone’s heart and Nirmala’s family is forever in the debt of her, she kept the dead body at her home and took care of it, so that Nirmala’s relatives may come to perform final rituals.

During those days only a few members of the family and relatives could come for the rituals but Javida had remained by the side of the family both before and after Nirmala’s death. Reena and all the family members are very grateful for Javida’s support as only Javida was there with Nirmala during her tough times.

After a few days, the lockdown ended and Javida’s son went back to the job along with his wife. There was a little rift between Javida and her daughter-in-law, that’s why Javida had to stay alone which was not ideal for her because she herself is high blood pressure and diabetes patient.

After a couple of months, Javida’s health deteriorated, and she was taken to the hospital. When she returned from the hospital, Reena and her family took great care of her.

Reena subscribed to a company that makes ayurvedic medicines and because the medicines are expensive, Javida could not afford these medicines. Reena didn’t forget how Javida was there with her mother-in-law during her time of need and without hesitation signed her up for the medicine, all paid for by Reena, ensuring that Javida is not burdened with the expense.

Reena is very generous in general as she has been providing medicines free of cost to three other elderly who were not able to afford them.

It is said that when there is a lot of difficulties, neighbors are the one who comes first for help. It was a very good thing for Javida and her family that they helped her selflessly. We all should remember that when helping someone, we should not think about what we will get in return.

This story shows the humanity of Reena and Javida who helped each other’s families during bad times.

As they say, “What goes around comes around!”, and this story proves exactly that in a very beautiful way.

One thought on “A good neighbor is a priceless treasure”