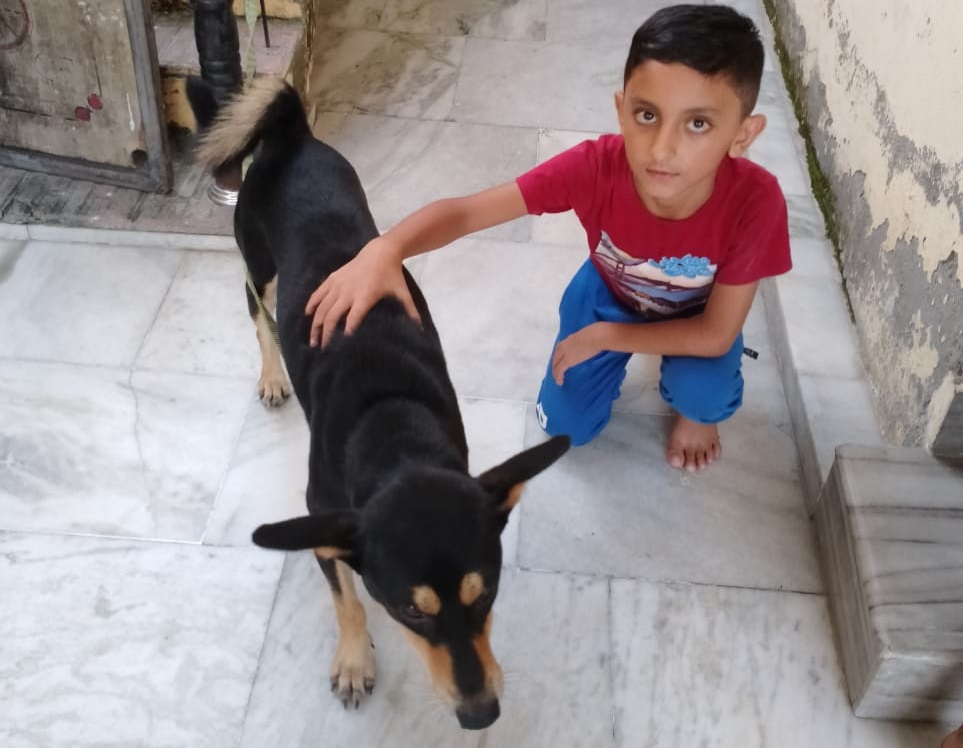 One day my friend Manju was walking in the street with her sister. While walking she saw that a dog was lying on the road, that looked hurt. When she reached him she saw that dog’s condition was deteriorating and that the dog had also suffered many injuries, in particular, one of the legs was also hurt. My friend felt very bad to see her, she gave water to the dog and left from there.

Manju has always been very afraid of dogs because once a dog in her childhood bit her, she never kept any animal in her house.

Continuing the story, then after two days, when Manju was leaving her house again, she saw the same dog again, and the condition of that dog was getting worse. Manju felt very bad for the dog and decided that she would come back and treat this dog’s injuries. She then went back home, called her brother for help, and brought the dog home. Then Manju’s brother gave the dog a bath, with hot water and then cleaned his injury with Dettol, a liquid antiseptic.

After dressing the injured wounds at home, he took her to the animal hospital and got her treated there. The doctor said that there would be a regular checkup for three days, which we diligently followed. After some time the dog got better but the leg is left with a limp.

Manju is afraid of all dogs except this dog whom she cared for and who became a close friend. Finally, Manju kept an animal in her house that she loves very much and that dog also Manju named TIGER. The dog not only found shelter but has regained health and is in a very happy state.