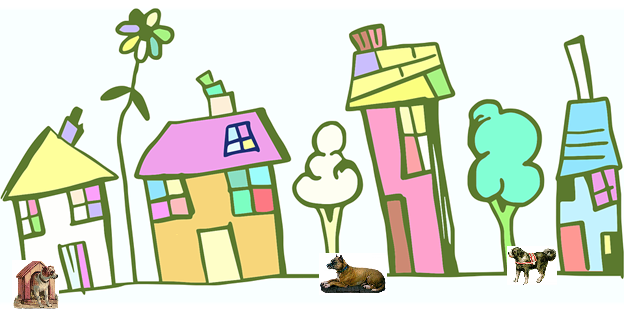 Monsoon in India is generally a brutal season for stray dogs and other animals too, dogs can find it really hard to seek out dry places to stay, and finding a cozy place to shelter can be a difficult task. Some animals even perish due to prolonged periods out in the wet and cold weather, even a large number of dogs lose their life to the high risk of sheltering under vehicles.

It was the evening of 12th July when heavy showers struck Sahastradhara Road, Dehradun, which lasted for roughly three hours causing a lot of devastation in and around our area. It was the time when the residents of our colony noticed how the stray animals were struggling to save themselves by venting under the vehicles and even some of them entered our houses to seek shelter.

This wasn’t just a problem limited to the strays, it was the residents too who faced the problem because the dogs would constantly bark and howl which created a disturbance, especially at nights . When this started happening continuously we all needed some solution to this situation and it was needed quickly. So we landed up to a conclusion to find a dry spot in the corner of each of our houses which is exposed to sunlight, making it comfortable enough for the strays by placing some rags and old mats and provide a pleasant surrounding for them along with some old utensils to feed them.

The residents started feeding the dogs four times a day, and to make it easier for everyone we all divided into 4 groups. Group one would feed in the morning, second group in the afternoon, and the other groups in the evening and at night. The constant changing of rags, cleaning of  the place and was also done in order to prevent skin infections to the dogs followed by washing their bowls after every meal. One of the major initial problems we faced was to get the strays to start using the shelter that we had made since they were constantly hiding under the cars. Another bigger problem that surfaced after two or three days is that our places became really smelly from the strays since they would regularly get wet and it was too difficult for us to clean them up. We knew as the sun comes out, this problem will pretty much solve itself when the strays dry themselves.

There were some other problems that we faced, but the families in our community didn’t give up, and even after facing all the difficulties we successfully provided food and shelter to the dogs.

The dogs became friendlier too and started to stay calm and patient with the residents. This was quite an interesting observation and it made all of us think that if we help the animals, which is not after all that difficult, the animals and humans can share the same space and live together in peace.

I am proud of everyone who made this possible in our community and as the monsoons were on their way out, the strays chose to continue on with their other favorite spots to stay at. Now for the coming years, we have made a pact to continue to help the strays when they’re in utter need.