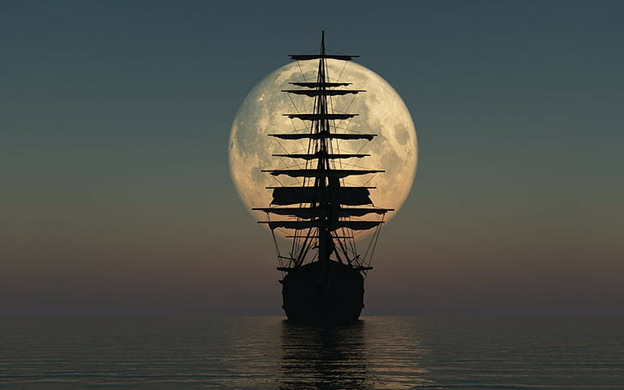 I want you all to look at the stars tonight.

Sailors learned thousands of years ago that the positions of the stars were always the same in relation to each other, and that you could always find them in the same places in the sky, depending on the time of night and the time of year.

The stars were always there,… regular and predictable. The sea may change, a ship may change, captains may change, but the stars never did. A sailor could steer his ship by them and never have to worry about getting lost.

Stars are sort of like values in that way.

Found a fascinating article online on the National Library of Medicine, which is an official website of the United States of America. Read the entire article here. It says below

Compassion and empathy form an extremely important part of Dharma. It comes out in various principles of Dharma. In following Dharma, a number of values and attitudes are listed in the Hindu scriptures as necessary for a human being, for example, absence of conceit, absence of hypocrisy, speaking the truth, harmlessness, accommodation, straightforwardness, and compassion for all beings. Ahimsa (Non-violence) is often regarded as an absolute Dharma. However, the Sanskrit phrase is “Ahimsa Paramo Dharma. Dharma himsa tathaiva cha” that translates into “Non-violence is the ultimate Dharma. So too is violence in service of Dharma”. In the great epic, Mahabharata, Arjuna‘s decision to inflict violence on his cousins Kauravas was therefore, in accordance with his Dharma.

We have a lot of stars in Life’s sky, Dharma highlights those out for us to steer our ship (Life) by.

A poet once wrote, “Give me a tall ship and a star to steer her by.”