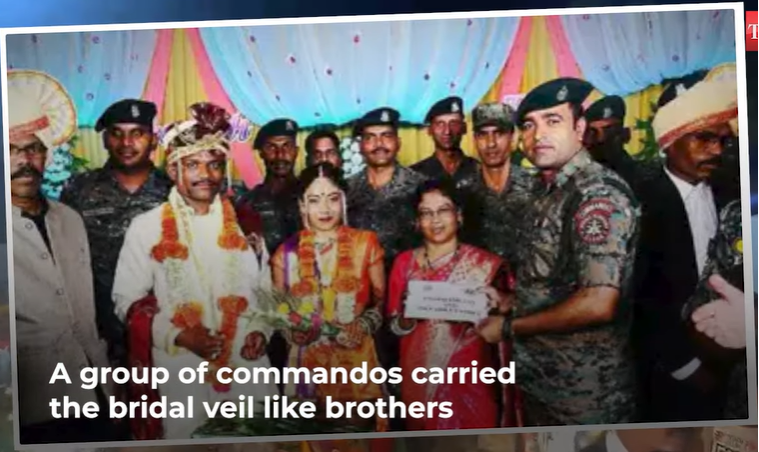 Times of India news channel reported this news: CoBRA Commandos play the role of brothers at a wedding.

As the story goes, late Narayan Maraskolhe’s daughter Ekta’s wedding is the event in Maharashtra’s Bhandara area. In the year 2021, Narayan who was a commando passed away due to illness while on duty at the age of 53.

Ekta missed her father at the wedding and is blessed to have her father’s colleagues show up in uniform and play the part that generally brothers in Indian marriages would play. Not only that they did do a brotherly duty as visible in the video (Click here), but the commandos also welcomed the guests, managed the wedding preparations, and also ensured each guest had joined in the celebration.

Narayan’s colleagues decided to extend every possible help to solemnize his daughter’s wedding, in a true example of showing how a good citizen and colleague or a friend one should be. This little act of kindness not only brought smiles to the bride but also shows the human side of the commandos who are as human as anyone else can be.

Orson Scott Card, an American writer once said, “Soldiers can sometimes make decisions that are smarter than the orders they have been given.”, and I think this act of kindness by soldiers is exactly that decision that made them smarter.