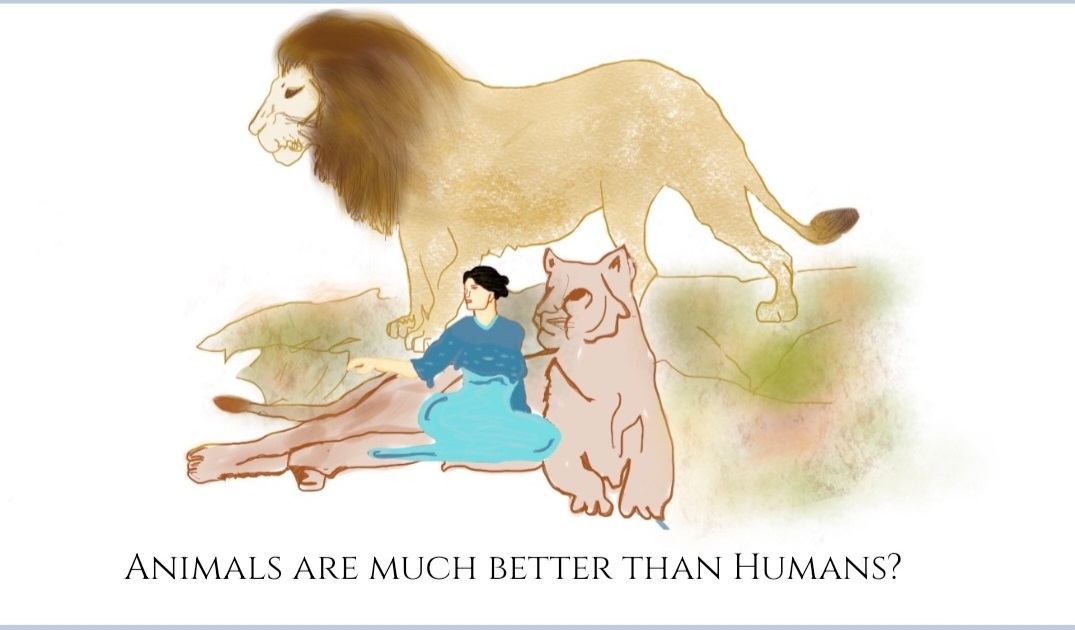 A good story that drew my attention, though this happened in 2005, I’m sure you will be thrilled by hearing what happened.

In the country Ethiopia of East Africa where girls are known to be forcibly married, this incident happened on 9 June 2005, when a 12-year-old girl who was coming home from school, was abducted by seven men. They forcefully wanted to her marry one of the men from their group. The girl was very scared and kept on screaming seeking help but the kidnappers took the girl into the forest. She was beaten brutally by them.

In that area, coincidently there were three lions that heard the screaming and they started roaring and charged toward the kidnappers. Leaving the girl there without realizing that the Lions could harm the girl, the kidnappers ran away from the spot.

The strangest thing happens now when the girl gets surrounded by the lions and guarded by lions for about half a day. The lions did not harm the girl at all.

By this time the family members of the girl had reported to the police.

“They stood guard until we found her and then they just left her like a gift and went back into the forest,” Sgt. Wondimu Wedajo said, who was in charge of finding the girl.

“If the lions had not come to her rescue, then it could have been much worse. Often these young girls are raped and severely beaten to force them to accept the marriage,” he said.

“Everyone thinks this is some kind of miracle because normally the lions would attack people,” Wondimu said.

Stuart Williams, a wildlife expert with the rural development ministry, said the girl may have survived because she was crying from the trauma of her attack.

“A young girl whimpering could be mistaken for the mewing sound from a lion cub, which in turn could explain why they didn’t eat her,” Williams said.

You can browse the original link here: https://www.nbcnews.com/id/wbna8305836

For me, this is the shocking 😯 how one girl survives for half a day between the lions 🦁🦁🦁. She was lucky and was given the gift of life by the lions, king of the forest themselves. What this also proves is that animals have hearts as well, whether the Lions were confused by the sound or this was something else that is beyond humans to understand, they became the protectors of this girl.

Hope this becomes a good lesson for people who like to hunt these innocent but sensitive animals.