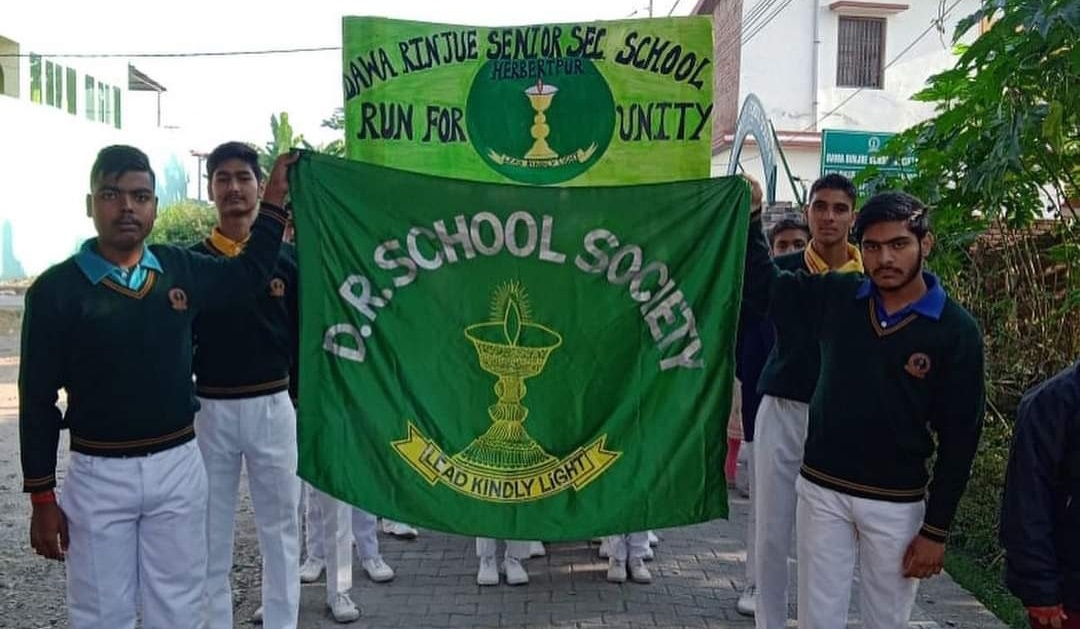 To commemorate The Iron Man of India, in the year 2019, on his 144th birth anniversary, “The Statue of Unity” was inaugurated in the state of Gujarat, whose total height is 182 meters (597ft), making it the tallest statue in the world.

As part of the celebration this year, a ‘Run for Unity’ was also organized, with the purpose to make the citizens of India run together, and show & understand brotherhood. In our town, Dawa Rinjue Secondary School organized this day with children from grades 6 to 12 participating in it. Two groups of children were formed, in which the first group took out a rally and informed people in the area of ​​1 km, with banners in hand, speaking about brotherhood and maintaining peace.

The second group of children adopted the concept of the Run for Unity and about 20-25 children ran for about 500 meters and presented an example of running and working together. Children of classes 1 to 5 were educated about Sardar Vallabhbhai Patel and the importance of his contributions to the country.

Children had a lot of fun on the birth anniversary of Sardar Vallabhbhai Patel and got to know a lot about The Iron Man of India. Every nation is built piece by piece by such great people whose contributions are not only an important part of history but also an inspiration for the generations to come. The kindness and patience shown by the children as their participation in various events on this day must have inspired many to not only learn about history but also bring some valuable learnings in their lives.