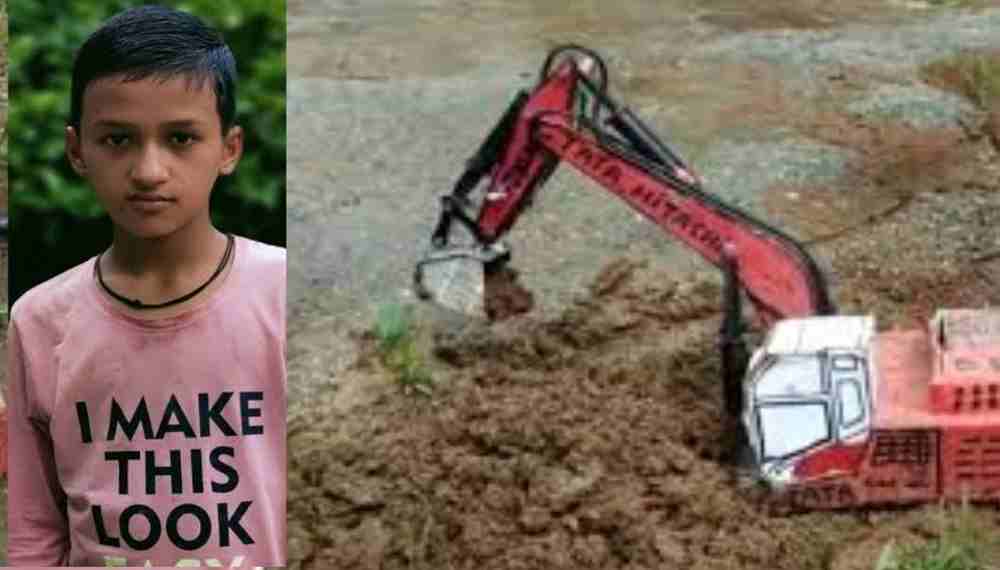 Talent does not require any degree nor age. Harish Koranga, 12, who lives in the remote and inaccessible village Kapkot in Pithoragarh district, state of Uttarakhand, India has shown these things to be true. I found this news about Harish while surfing the web and I liked it so much that I wanted to share with you.

Read the original article here in Hindi by the channel DevBhoomiDarshan17.

Someone has rightly said that skill is not an attachment to anyone. Harish’s village is still out of phone network coverage. Harish, who is living with limited resources, has a habit of learning techniques by manipulating whatever he got to get his hands on from childhood. Whenever the family gives him toys, he is curious to know the technique behind them.

Harish’s father Kundan Koranga is a JCB (excavator) operator. Harish went to see JCB with his father several times and out of his curiosity worked to understand the technology of JCB. After this, in a short time, he made such a JCB machine based on a hydraulic method from household materials, waste medical injections, cardboard boxes, and ice cream sticks. He would play with this on his own and have a lot of fun.

People were amazed to see the skill of a student of class VII studying in the government school of Bhanar located in the remote area of Bageshwar. Seeing Harish’s talent, people appreciate him more and applaud his efforts, giving a pat on his back to boost his morale. The JCB made from scrap material remains a lesson for other students as well in his school.

Harish’s father Kundan tells that whatever material Harish gets in the house, he opens it and sits down. Due to this habit, he has also got many shocks from electricity while tampering with electrical equipment many times, but he wouldn’t stop. Harish’s worried parents would even scold him sometimes telling him that he shouldn’t be risking anything by playing with electricity.

A video of Harish’s JCB is becoming quite viral on the social media platform as well, you can watch it here. Harish said that he has been interested in technology since childhood. Seeing his father runs a JCB, his interest in JCB also increased. He says that with the help of household materials, he envisioned making a similar JCB on a hydraulic concept. Harish tells that during this process, he failed many times, but he did not give up and after continuous efforts, he finally made this own JCB.

Harish’s specialty is not limited to JCB. Earlier he made toy helicopters and made other technology toys. There is no dearth of promising people in the mountains, the only need is to nurture the talent and bring them on a new platform. Even in the era of digitization, Harish’s village is deprived of communication facilities. Talking on a mobile phone in this village is like a dream.

YouTuber Laxman Koranga praises Harish and says, “There is no dearth of talent among the children studying and living in the inaccessible areas of the mountain. They need to be nurtured with the right guidance. It is a wonder to see Harish operating the JCB machine with small hands. I shared a video of Harish on social media. Due to this people are liking it a lot and are congratulating Harish.

Bhupal Ram, the village head of Bhanar, says, “Even in today’s digital age, there is no mobile network in our village. Even today we are far away from communication. The talent of a child-like Harish should be supported by the government and the administration, who made JCB out of garbage.

This talent of Harish needs to be nurtured and not be ignored. Only then we can see his bright future. There are probably more talented young children who can use some nurturing and bring more light to this world with their talent.