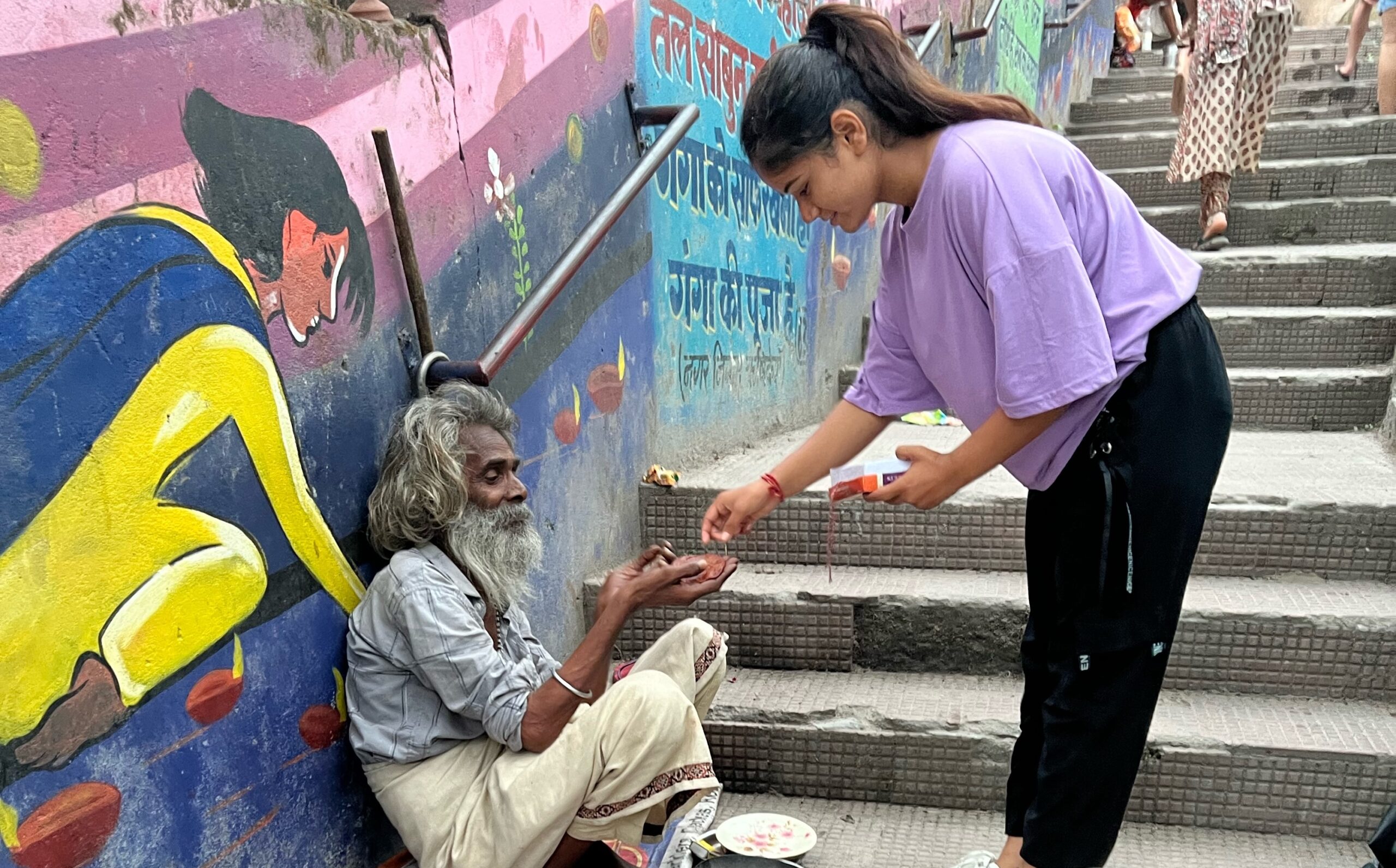 The city of Rishikesh in India is a Hindu pilgrimage site that has a big significance. This city has the highest population density in all of Uttarakhand. Many people come here from all over India and many other countries, it is also known as a yoga and meditation city. Apart from the spiritual side, there is also an adventurous side to this city where tourists can engage in adventure sports like rafting, trekking, bungee jumping, camping, and many other similar activities. The city is also placed on the banks of the river Ganges. As per the popular Hindu belief, the water of the Ganges river washes off all the sins of those who take dip in it. There are many ghats (wharves) on the banks of the river Rishikesh where people visit and say their prayers.

One such ghat is Triveni Ghat where a huge no. of devotees come every day and near it are several temples. Ganga Aarti (Prayer offerings) is performed every evening and many devotees along with people on spiritual journeys participate in this event. Post the Aarti, food is offered by the people to many people and there is plenty for all. Many poor and disabled people also live their lives near Triveni Ghat as they get alms from tourists.

My cousin who lives in Rishikesh visits Triveni Ghat with her friends on a regular basis. Whenever they visit they always take home-cooked food with them for disabled and poor people around the Ghat. There have been times when they ran out of food or do not have enough for all that they see the need and meet on their way. She would purchase fruits from the market and gives them away to the poor.

This part of the country also sees quite harsh winters and the number of visitors to this area reduced to about 30% compared to the busy months of summer. These people who need other people’s help are left mainly with locals to help them through the winters. She would often distribute old clothes to these poor people, whether they were hers or she has collected them from others. It get quite difficult to survive the winter in Rishikesh but due to the people like my sister and many more, this hasn’t been much of an issue. People would cook for them, or charitable organizations will hold mass food drives called Bhandara there.

What amazes me about this is not that this is just a choice that my sister and other helping people in the society have made, but this has become a part of their life and they all always help out without any reservations. This has become a part of their lives and comes out of them naturally, and inspires me every day of my life to do my part that I try.

I’ve wondered what people do and experience during their spiritual journey, maybe it is this that they want to experience that leads them to become selfless, and compassionate towards other lives on the planet.