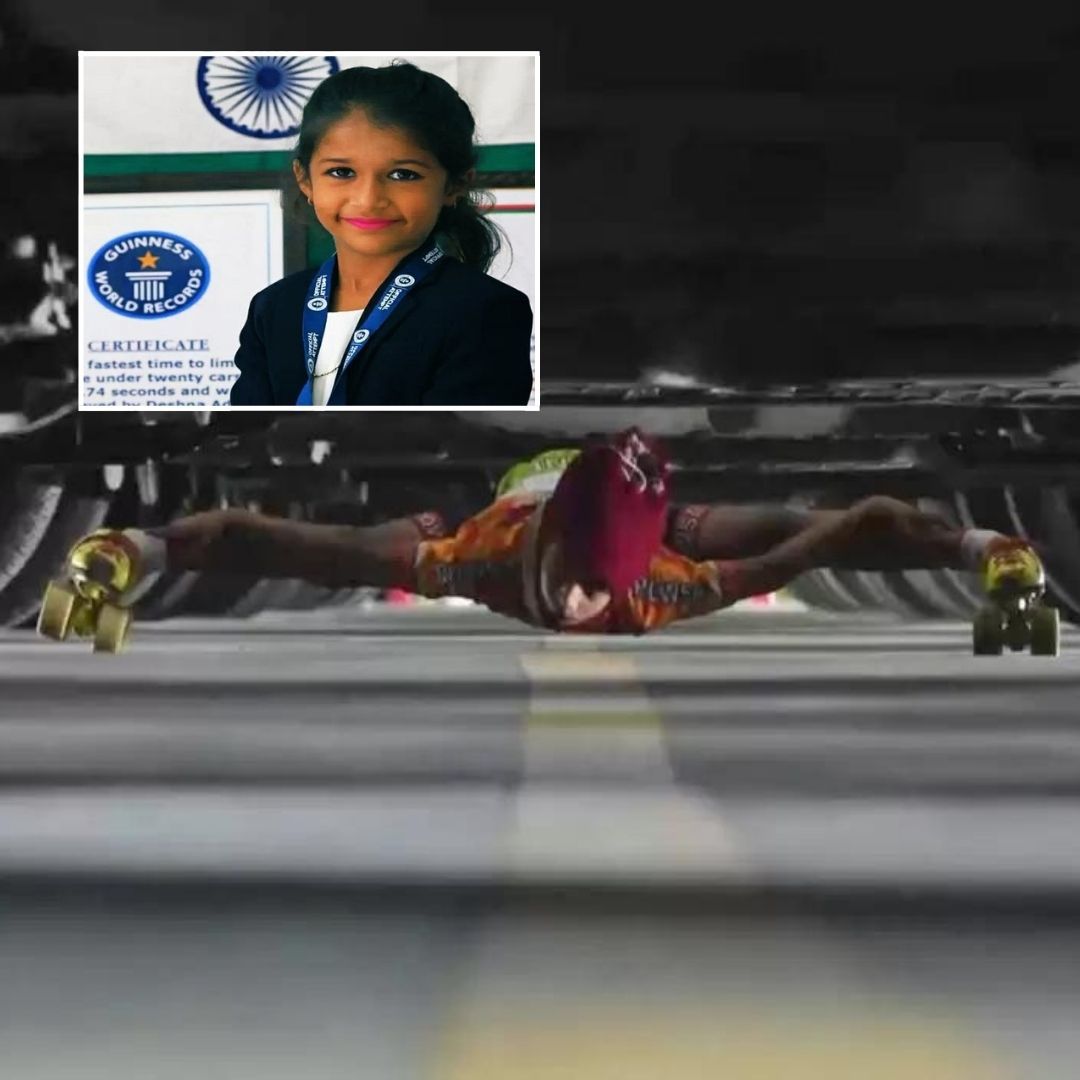 If you have the zeal to do something with determination, then age never comes in the way! Deshna Nahar proved this to be true with her might, making her family, coach, and entire India proud. Read the original news here.

Deshna Nahar is from Pune, India and her age is about 7 years now. Deshna Nahar has set a record of 13.74 seconds in the fastest limbo skating while skating from under 20 cars. The length below the cars is about 193 feet. She was practicing it for the last one and a half years. She first developed a passion for skating when she was five years old.

According to her father Aditya Nahar, Deshna has been training for this record in limbo skating for the last six months. Her coach was really supportive of her the entire time. He encouraged her to work harder.

The limbo skater has spent the past month perfecting her skills at her training center on Katraj Kondhwa Road in Pune.

On June 14, after verification, the Nahars received an official certificate from Guinness.

“The three representatives had come from Rajkot, Ahmedabad, and Delhi to check that we met all their criteria such as fitness level, floor distance, slope, etc. They also checked the cars for safety measures,” said the record breaker’s father.

Deshna has played at several national levels in the past, in which she has won 40 medals and 16 certificates. Deshna Nahar’s name has been recorded in the Guinness World Records and it is indeed a matter of praise for her ability.