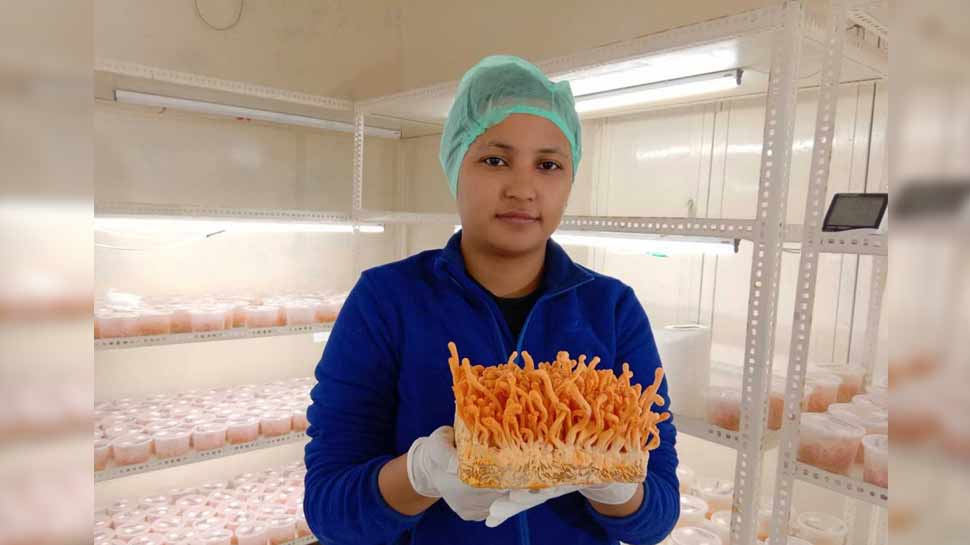 This piece of old news is going to inspire you and bring a smile to your face, click here to read the original news.

If there is a will to do something in the heart, then every goal can be achieved. In 2013, leaving the job, Divya decided to do something different. Thinking about what to do now, and how to give herself a new identity within her hills, Divya Rawat took a step forward. An idea of mushroom cultivation clicked on her. What was then, the journey for which she had left the job, began.

She set out on that journey and became the ‘Mushroom Girl’ with her hard work and dedication. The story of Mushroom Girl Divya Rawat not only inspires, but also teaches the youth to do something new, and follow their heart without hesitation if their will is strong. The President of India has honored Mushroom Girl with the Nari Shakti Samman (Award for Women Power).

In the year 2013, when the divine disaster had shown its dire form in the whole of Uttarakhand, Divya left her job during that time. Now with a few years of hard work and dedication, 29-year-old Divya is not only growing mushrooms in Mothrowala village, Dehradun but is also training others about its cultivation. Mushroom girl Divya Rawat has become an idol in the field of mushroom production in Uttarakhand today, but Divya Rawat struggled a lot to reach at this stage. The journey of Divya Rawat, which started with mushroom, has spread all over the country today.

In 2015, Divya Rawat herself took training in mushroom production and after that Divya’s journey increased rapidly in the world of mushroom production. Divya Rawat first started with just mushrooms, but now, a species of mushrooms found in the Himalayas, Cordyceps Militaris, is also produced by her organization. In Mothrowala village, she also produces the seeds of Keedajadi (locally known). Also known as Caterpillar fungus (English), Keedajadi is basically a fungus that grows as a parasite on the larvae of a particular kind of caterpillar.

Divya Rawat’s campaign is slowly paying off. After leaving the job of an international NGO, Divya Rawat of Kot Kandara, Chamoli-Garhwal is now giving mushroom training. Her dream is that Uttarakhand should become the mushroom capital of the country. Divya Rawat is not only giving training to people on mushroom production, but now she is also buying mushrooms from them. Divya buys about 2500 kg of mushrooms every day.

So far, more than ten thousand people have taken training from Divya Rawat. People from almost all the states of the country come to Divya Rawat for training in mushroom production and Keedajadi. Rekha Vaidya, who came from Mumbai, says that a mushroom production is a good option. She is also thinking of taking its training and producing it in the outskirts of Mumbai. In training from Yamunanagar, Komal Kumar said that he also wants to produce Keedajadi. Sudhanshu Joshi from Rishikesh said that good earnings can be made in less time by producing mushrooms.

Divya Rawat’s products are also being sold online on Amazon. Pickles from mushrooms, healthy spices, and papads. While tea, capsules, and powder are being sold made from Keedajadi. Divya tells that it is very easy to produce mushrooms and it also becomes cost-effective. While many villages are becoming empty due to migration on one side in the mountains, Divya’s one step has awakened a new ray of hope among the people leaving in the hill areas.

We appreciate her efforts and applaud the achievements that she’s brought to the people around her and also to the country!