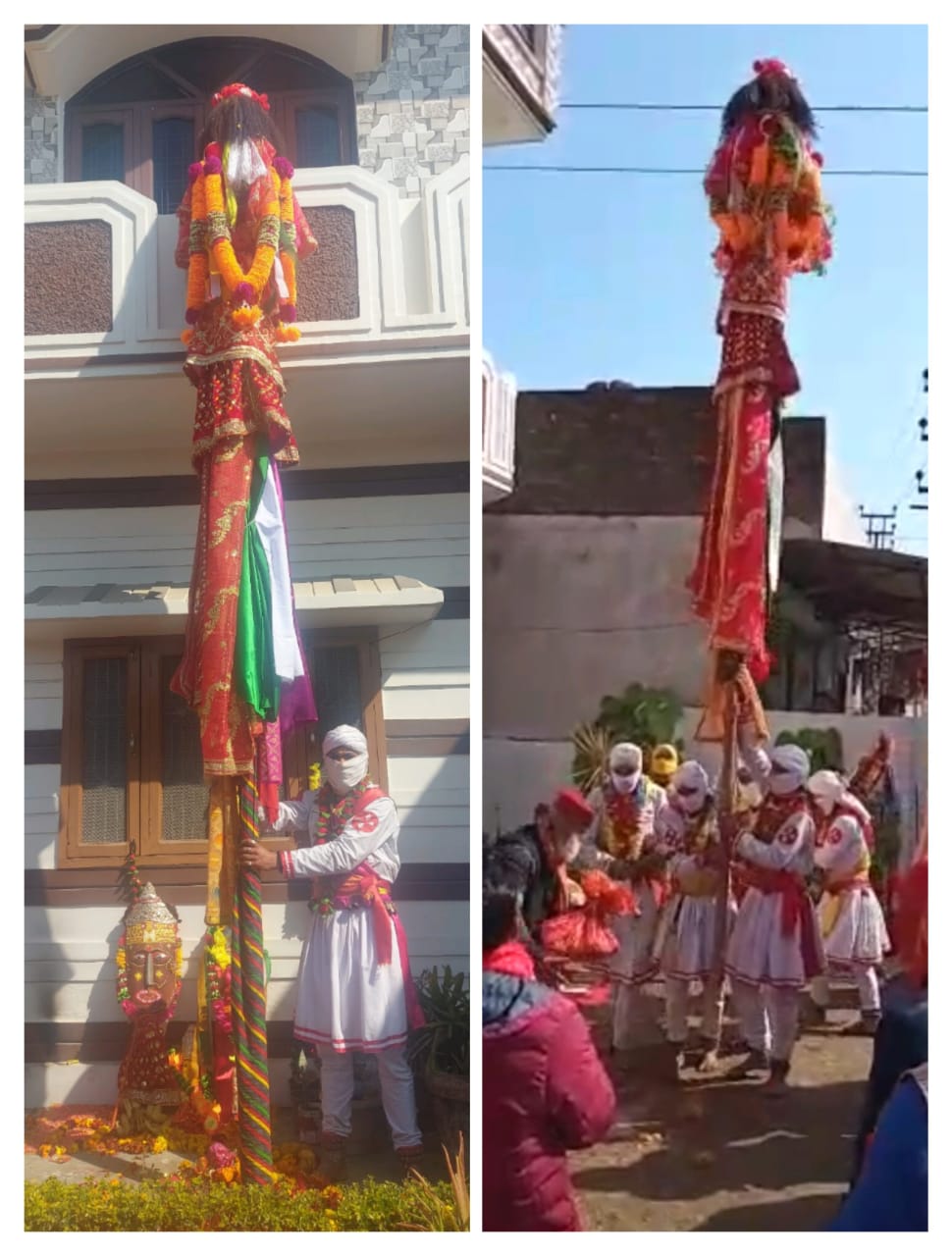 A religious event happened in my nearby village, that I couldn’t attend, but I was able to speak to some people and ask them about their experiences from this event and understand how they felt.

A girl who attended shared her ordeal with me. She told me that she received a call before the event from her relative to come and attend this divine function. She had never attended such a function before and when she reaches the place, she see a huge crowd. She was then curious to know what was going on there and climbed up on a wall to take a look. She then saw some people lifting a religious Doli (palanquin) of goddess Chandika, a Hindu Devi (deity) and the local people out here say their prayers to Devi Chandika.

I then searched about the goddess Chandika on the internet and found that she’s basically a demon-destroying form of the Hindu goddess Shakti.

The girl continued her participation and tells me, “People were worshiping the deity with loyalty, and enthusiasm. Their devotion to their goddess was commendable. For me, it was especially amazing, the deity was all covered with lots of chunnis, red sarees and at the top of it, there was her long hair. There were almost 10 other people dressed up, some with white and some with yellow clothes, and their face was covered with their white or yellow clothes as well. These people with the deity were performing unique dances. I was feeling as if it was a festival being celebrated. People with the goddess were lifting and swinging the Doli in the air. It looked like it is part of an act they were performing but when I got closer, I was amazed seeing the deity itself swinging in the air. I felt as if the deity was taking her lifters here and there with a unique dance form. This made me and all the people feel the presence of goddess Chandika. That moment was so devotional and everyone was enjoying the presence of goddess they felt.”

A devotee told me that deity is on “Bhramann” i.e., a touring the villages. This happens once in twelve long years when the deity is taken around to tour the villages and offers blessings to villagers. Villagers hold the Doli of the goddess to complete the tour in their village. During this, all the stuff that is required for worshiping the deity is managed by villagers. During and after worship, they organize the Bhoj (large grand meal) for the people that have come to see the deity. People take this meal as a Prasad (offering) from the goddess, including any homeless or anyone who is around is welcome to come out and eat. Such bhoj are common during such cultural festivals and most importantly there are no restrictions on who, where, or how much they take or eat, there is always plenty to serve. People donate raw material and food ingredients much ahead of time in preparation for this festival, they do it with an open heart.

Everywhere in the world, there are uncountable cultures that have mythological stories, some differ by geographies, regions, religions, traditions, etc. A few are well known among people all over the world, while some are core to the region they’re celebrated. I believe that the presence of these cultures and traditions allows people to participate and make them able to show compassion towards other people, it is these festivals that bring people together towards one goal, and at times it can lead to doing good for some people.

The belief of people in the traditions, cultures, bring them together and unites them for a cause.