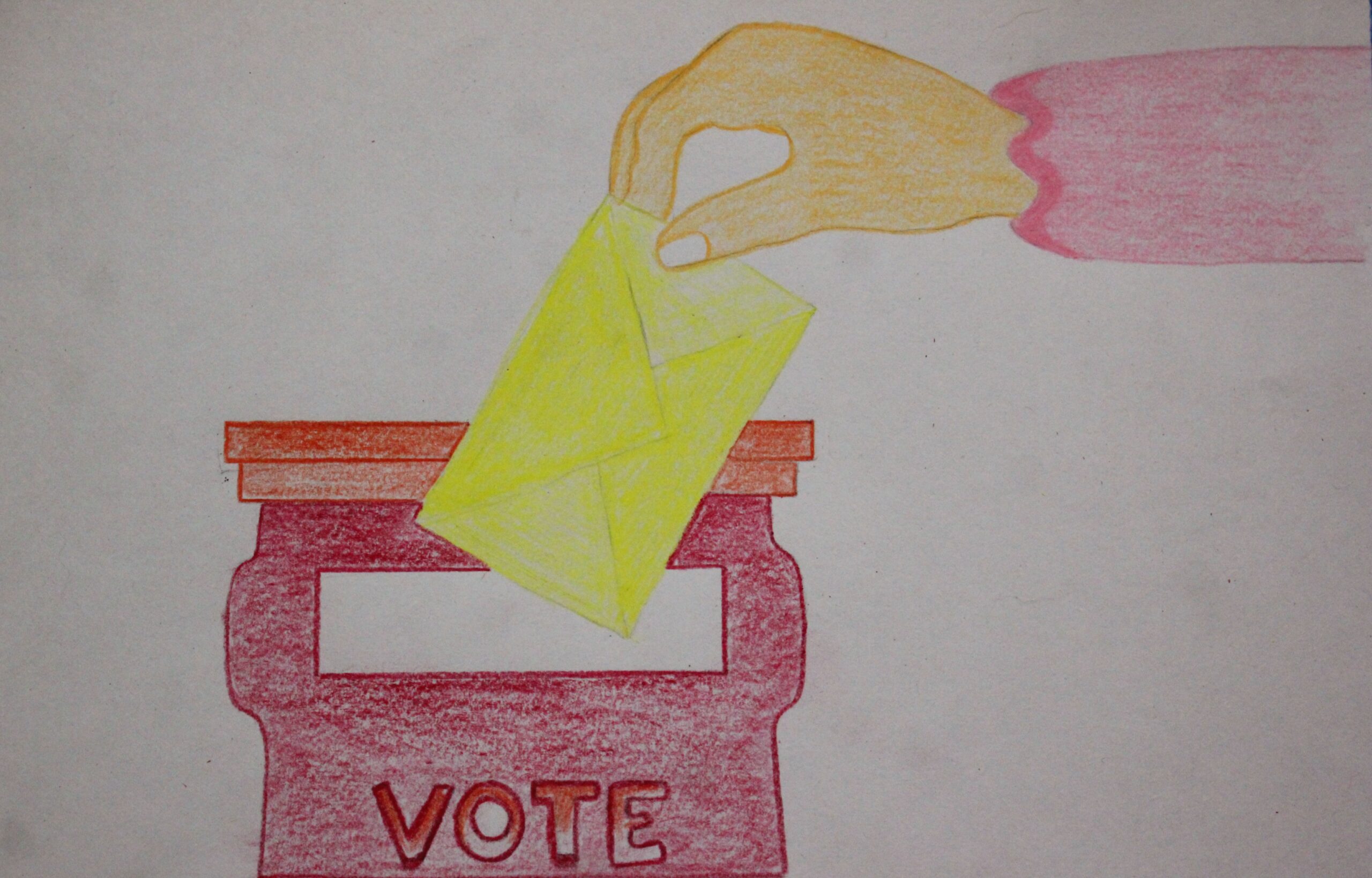 In India there are a few states where elections are being held for their new Chief Minister. Casting a vote is the right of all citizens of India, the largest democracy in the world. Some people may not give it much significance, but then there are those people who firmly believe in voting as their right and they exercise it. They choose to cast votes rather than do their valuable work/daily chores. They cast a vote for the promising executive they think would take the state and its people forward and provide valuable governance and opportunities.

In the state of Uttarakhand, India, their 5th assembly election went on for selecting representatives on 70 seats. This good news comes across about a girl who is spreading awareness, giving a message to the fellow citizens and showing how a good and responsible citizen of a country is like. Her message was for those who give less priority to the to this event that happens once only every five years.

Sonika says, “Voting is the identity of awareness and youth must be aware of the voting today”. That is why she fulfilled her duty by casting a vote in the middle of the engagement ceremony. She also encouraged her friends and families to go out and exercise their right to vote.

Some local Hindi newspapers published this beautiful real story. You can check the original news here:

This was an inspirational story of Sonika inspiring people to go out for voting and to be a good & responsible citizens of the country. I also believe that voting is my right, I voted for the best candidate according to me today.

It may seem that one vote may not make any change, but if many people come together to cast their votes, the same that can make the biggest difference. In a democracy, you should take voting as an opportunity for change. Thank you Braveheart Sonika for making an effort!

As once former President of The United States of America, Mr. Barak Obama said, “There’s no such thing as a vote that doesn’t matter.“